Mobile monthly active users hit 184 million, and one surprising fact is that 75 percent of all Twitter ad revenue now comes from mobile. 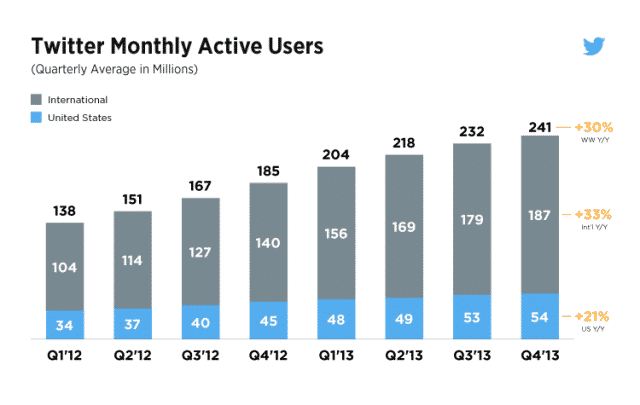 Earnings per share were two cents, up from analyst expectations of a loss of two percents per share, and revenue of $217.82 million. 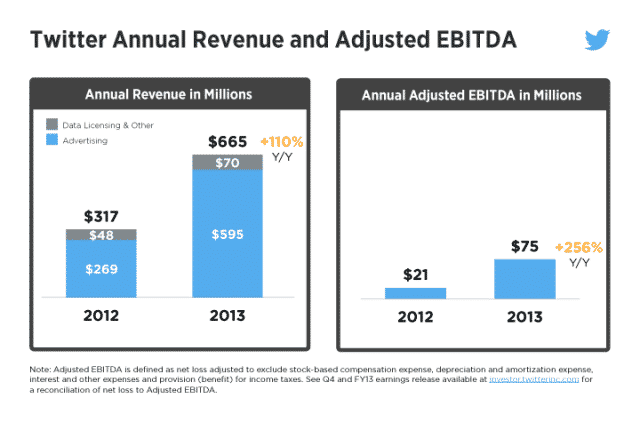 Total revenue for 2013 was up 110 percent, and worldwide monthly active users increased 30 percent, compared to 2012.

Currently in after hours, Twitter stock is down over 11 percent, which could be due to monthly active users increasing by just nine million over the past quarter.