by Dusten Carlson 9 years ago9 months ago

Like everyone else, we gave Super Bowl XLVIII a ton of attention, so we’ll have to humbly ask your forgiveness for missing what was clearly the most amazing thing that happened all night … 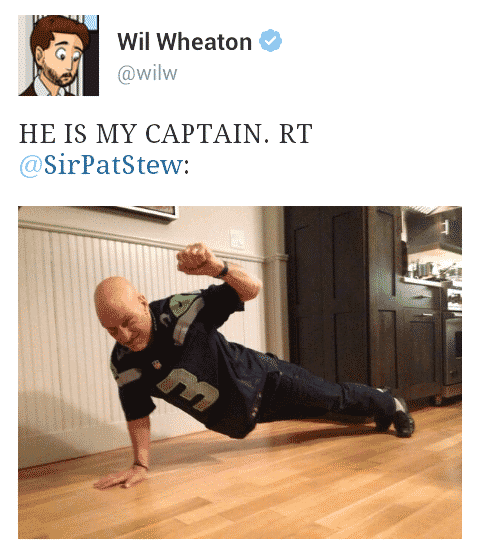 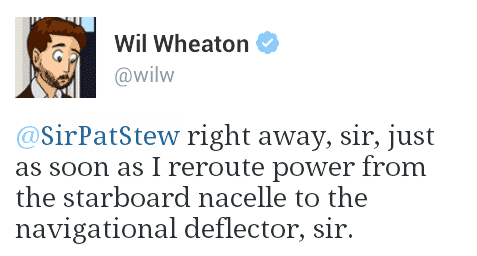 The whole thing is pretty entertaining, but it’s Patrick Stewart’s final response that left us asking an important question:

Is this the greatest Twitter conversation of all time?

Anyway, with all of the Super Bowl XLVIII hullabaloo, we missed Sir Patrick Stewart’s awesome Twitter conversation with Wil Wheaton, so a mighty tip of the hat to Shaun of the Bread for picking it up.