Facebook has collected data from its network to conclude that 50 million football fans engaged in 185 million interactions during Super Bowl XLVIII.

Over the last year Facebook has really been touting its ability to engage in real-time communications about live events. Tracking live events is an area dominated by Twitter.

According to the social network, 50 percent of the Super Bowl’s viewing audience chatted about the event on Facebook.

The social network also released a map of the United States which reveals team support by state and counties. 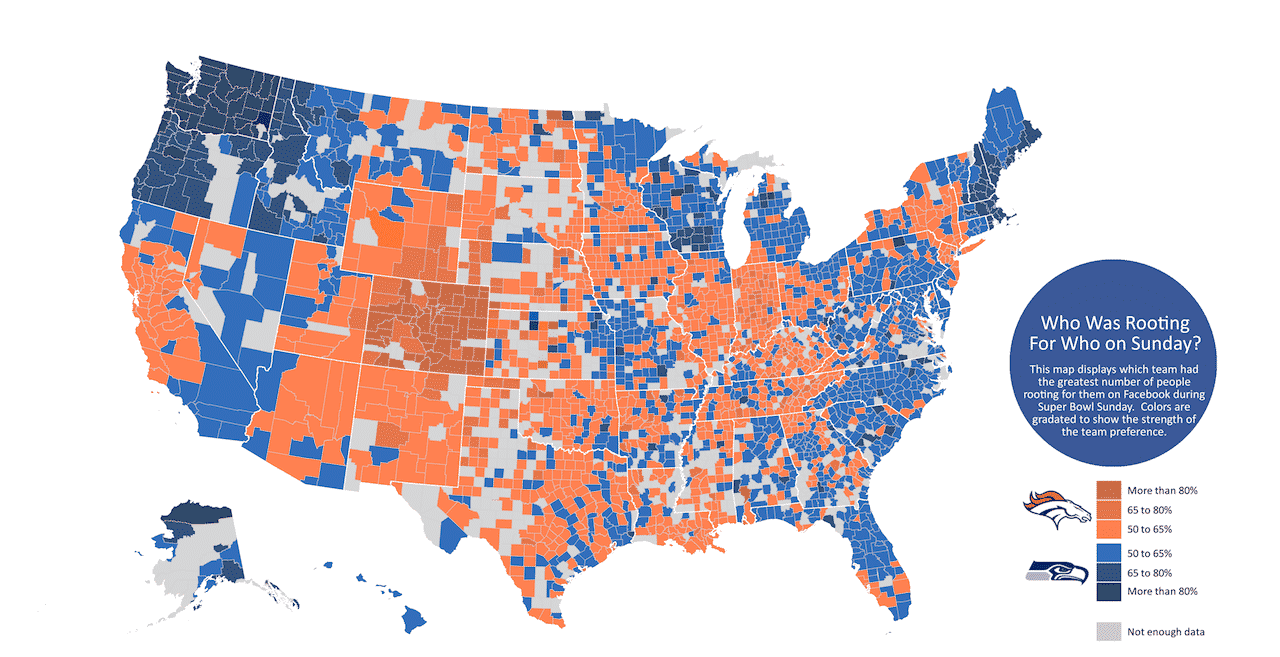