78% Of Couples Would Rather Get A Sweet Text Than...

Do you like proclaiming your love and admiration for your significant other on social media sites like Facebook and Twitter? A lot of people do, but as it turns out, a glaring 78% of individuals would prefer that you adore them via text message rather than through public social media.

That first tip on romantic etiquette with social media is free. The rest? Well, I guess they’re free too, but I do accept PayPal donations. It’s all below in an interesting infographic from dating site Zoosk, detailing the feelings of internet users as they relate to sharing information about their romantic relationships on social media sites.

[list style=”bullet-red”]51 percent of women and 37 percent of men enjoy romantic posts by their friends.[/list]

[list style=”bullet-red”]81 percent of couples use technology to interact with each other romantically.[/list]

[list style=”bullet-red”]60 percent of Americans hesitate before posting something romantic in case a co-worker sees it.[/list]

Dang, hatin’ on our co-workers much? I tell mine everything! Though they do keep asking me to stop… 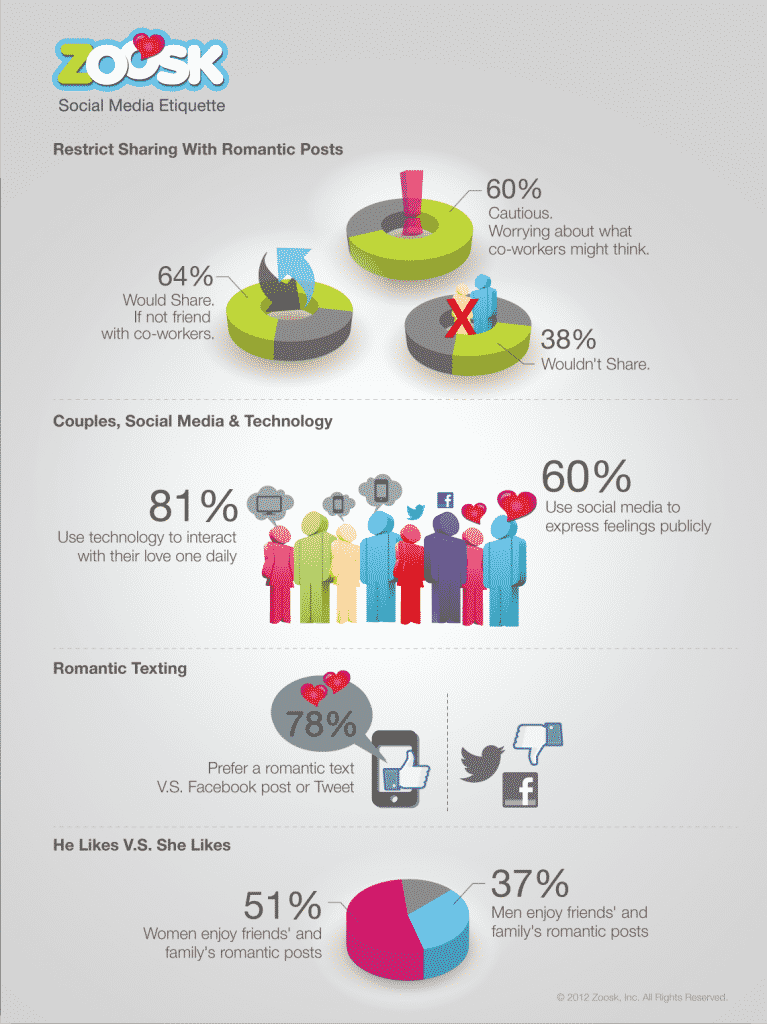