Facebook Leads Revenue Per Visit, Tumblr Is Close Behind And... 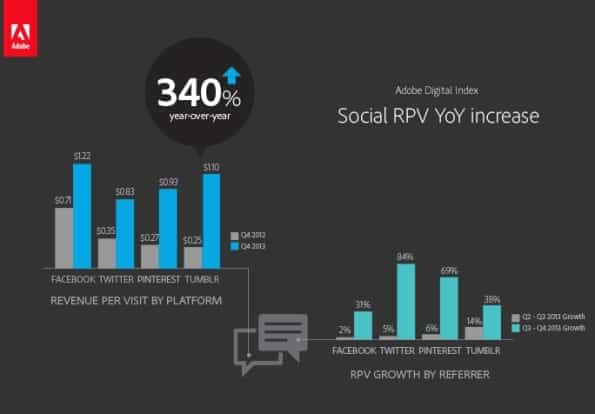 With Facebook showing only a 72% growth in its RPV investors are likely to feel a bit weary about the company’s growth potential in the near-term. Facebook faces a dilemma in which the company can only show so many ads without over populating the news feed and other areas of its products.

Facebook faces another problem, in that referral traffic from the site has also been on the decline, while competitors including Pinterest and Twitter continue to gain ground. 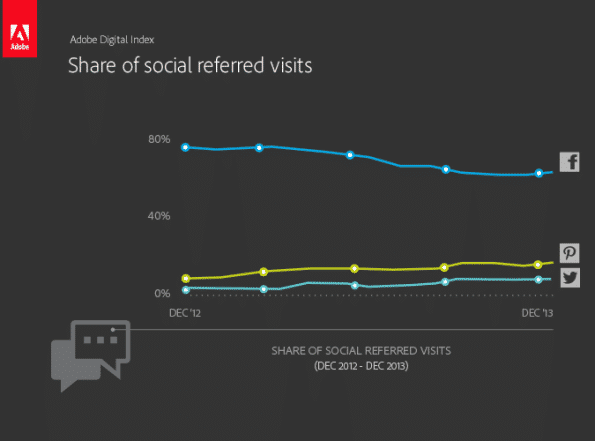 The Adobe report did reveal that Facebook’s ad click through rate (CTR) is up 365 percent year-over-year and the company’s CPM increased by 437 percent over the same time period. The company’s CPCs remained even year-over-year with a modest 29% increase during the holiday season extending from October 2013 through end-of-year. Facebook also improved its ad click volume by 125 percent. While volume was up, Facebook was also serving a larger user base which helps explain the decline in per visit numbers based on volume.

Adobe also offers a quick tip for Brands. Images inside of posts yielded a 650% increase in engagement over regular text-based posts. Link, text, and video posts yielded a lower return. 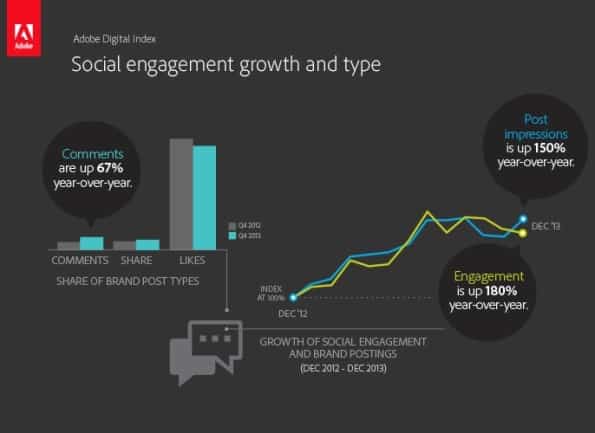 I can’t say I’m surprised by the numbers, there is a point when “Liking” something on a page doesn’t hold the same weight it used to. Who honestly has the time to look at every single thing their friends “Like.” I find myself navigating to several of the same sources to read interesting pieces of information and then ignoring most of the other social engagement on my Facebook page.