Meet The Next Tony Hawk, He’s Still In Diapers And...

Kahlei Stone-Kelly has recently become the next big name in skateboarding and he’s still in diapers. In fact, the young man is only 2-years-old, but can most definitely tear up a skate park.

The young man first appeared on YouTube on January 23, since that time his video has racked up 273,000+ views ,with 561 thumbs up votes and just 22 down votes.

Kahlei is a native of Victoria, Australia where he hones his skateboarding skills. At 2-years-old he is practically already a vet, he started skateboarding at just 6 months old.

He might seem young to take on the duties of skateboarding but his family is in the extreme sports business, traveling around the world for skater competitions.

Our only concern? Why is this young child with a not-yet fully formed skull skating around without a helmet and other safety gear!

Kahlei is the youngest of seven skateboarding kids in his family.

Someone give this kid a pair of shoes, knee, and wrist pads, and a helmet, so his career isn’t cut short before his 3rd birthday. 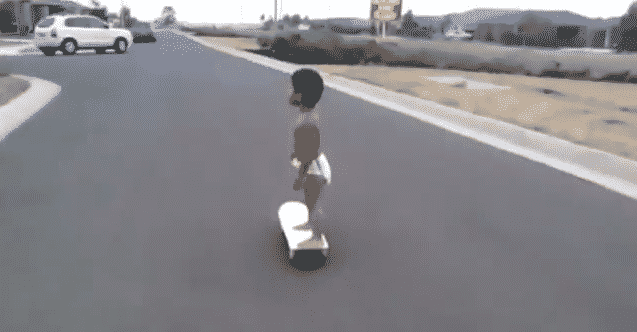