It’s a major national holiday, meaning that somewhere on Twitter, there are a handful of brands that completely screwed the pooch in a famous dead person’s honor.

Today, it’s Martin Luther King Jr. Day, meaning that there’s the added potential for awkward racism among brand fails on Twitter and Facebook. Usually when we write about brand fails, there’s only one really worth noting, but today is a special day because there are at least three really bad ones.

Based on previous brand fails, this alone is enough to warrant an offended reaction. See, you can’t try to sell shit when people die. It’s just not right. The tweet is still live last we checked, but we’ve screencapped it just in case. 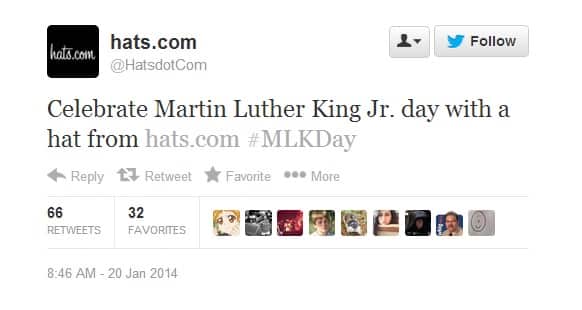 Purveyors of pornography bookmarked by a third of the individuals reading this article, pornhub.com probably can’t do too much to honor Martin Luther King Jr. since boobs and civil rights never really dovetailed in a meaningful way. Still, they tried. 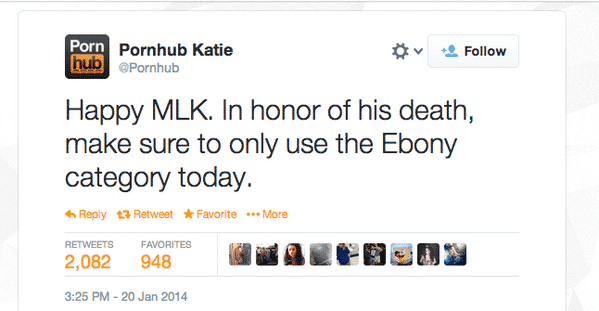 Pretty bad, but believe it or not, this isn’t the worst MLK Jr. Day brand fail we saw online. 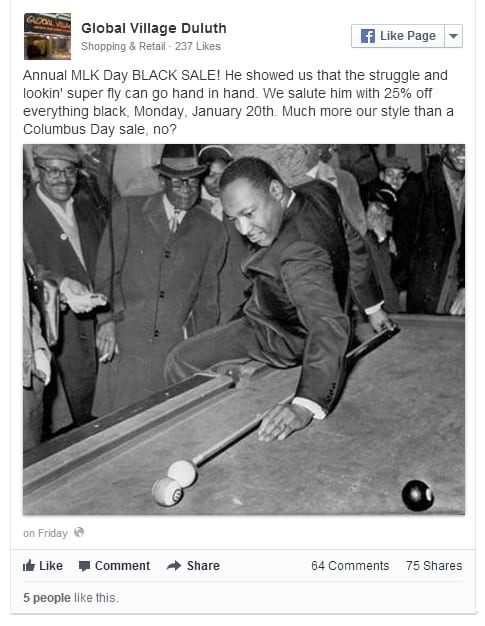 UnMarketing even called them to confirm that all “black items” are 25 percent off. “Yep!! All black items are on sale!” was the exuberant reply.

Did you spot any major brand fails on Martin Luther King Jr. Day that we missed? Give us a shout in the comments. Otherwise, everybody at the same time now: 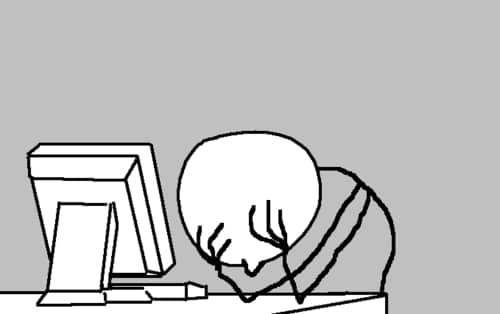