by Melissa Stusinski 8 years ago2 months ago

Davone Bess just hasn’t learned yet has he? The Cleveland Browns receiver posted yet another photo of what appears to be marijuana to social media, this time on Twitter. While the tweet has since been deleted, proof of it remains in several screencaps taken before he could get rid of the evidence. 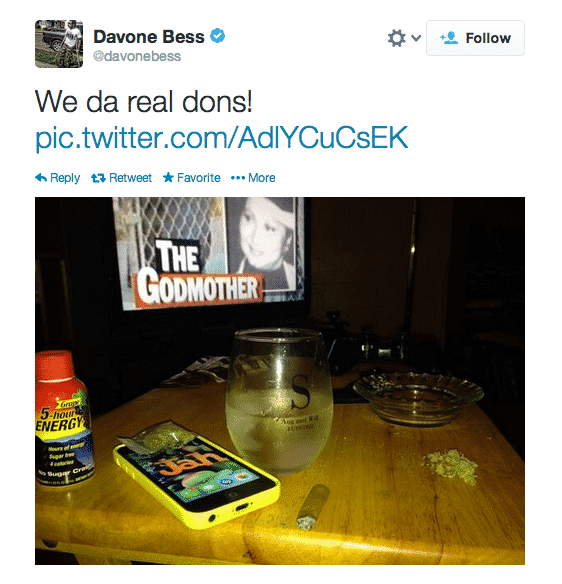 Bess already posted a photo to Instagram last month, showing himself getting ready to light up a joint. While the team had no comment about that photo, it did release a statement about the receiver’s latest social media blunder. SI notes that the team “is aware of the photos and looking further into the situation and will deal with the matter internally.”

League spokesman Greg Aiello apparently declined to comment on any possible punishment for the Browns player. The photo in question shows Bess’ coffee table with a 5-Hour Energy drink, his iPhone, a glass, a small pile of weed, and more weed in a little plastic baggie.

Bess, who identifies as a Rastafari, probably won’t be suspended for the tweet alone, since there’s no precedent for an NFL player to earn a suspension for a comment on social media. However, Davone probably earned himself extra attention from the league’s drug testers for the upcoming season.