Recent demographic analysis claims that 3 million teens left Facebook between 2011 and 2014, but could the report be complete bullshit?

Number crunchers over at iStrategyLabs (we’ve never heard of them) say that they’ve been tracking Facebook’s demographic growth since its launch in 2007, and that between 2011 and 2014, the social network lost about 3 million pubescents.

It’s (apparently) true, they gots charts and everything! 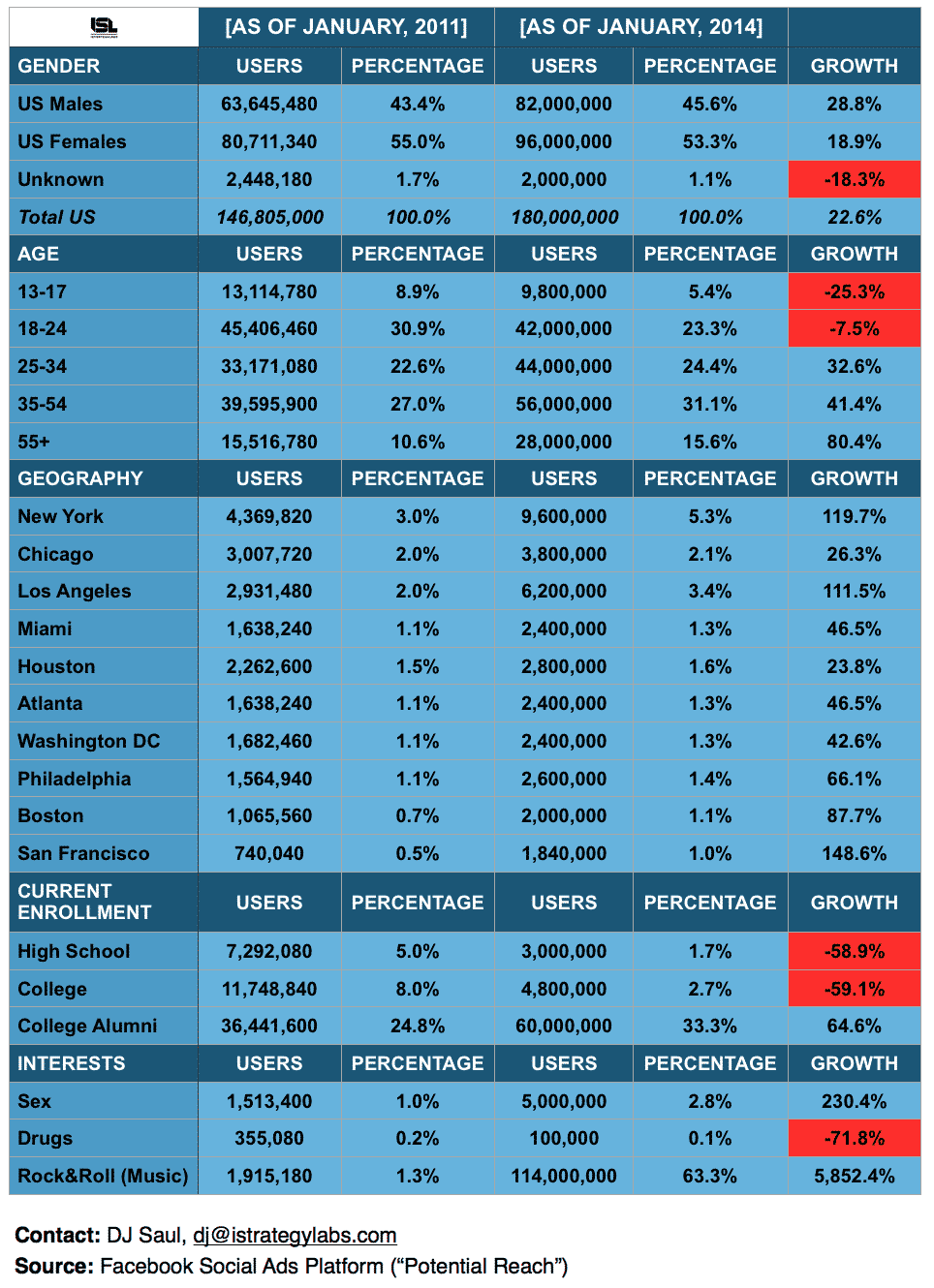 I’ll readily admit that data is not my strong suit (“data guy” is in Cabo with his lover), but a lot about iStrategyLabs and their “data analysis” stands out as questionable to me. Let’s break it down.

Unlike other data analysis firms (some of which we’ve worked with in the past), iStrategyLabs isn’t terribly transparent about their methodology. With both their 2014 and 2011 data sets, they name their sole demographic data source as “Facebook’s Social Advertising platform,” which is so vague we’re not even entirely sure it exists.

It sounds legit. “Facebook Advertising platform.” But what do they mean? Facebook Ads in general? If so, how the hell did that help them learn that so many teens have left? Did they use ads targeted at teens to figure that out? Because I thought you could only target users 18 and up …

Did these teens just figure out how to use AdBlock over the past three years? Are users really leaving or just … getting older?

Even though “Facebook Advertising platform” sounds like it was pulled from someone’s ass, there actually is this, but again, the problem of how the fark do you know these things remains. It doesn’t seem like a good place to get reliable demographic data.

We’re not necessarily knocking “DJ Saul” here, but when you put out a claim and some data, you have to do a little more than what he did. Teens leaving Facebook is one of those things that’s actually a thing, or maybe people can’t tell whether it’s a thing, but people talk about it anyway.

So any insight into this maybe-non-thing would actually be pretty interesting.

We’re not telling iStrategyLabs to shut up, but to put up.

Another thing that bothers me about this data is this implication that 3 million teens leaving Facebook is a significant thing. Last we checked (May 2013), Facebook reports about 1.11 billion active monthly users. So even if 3 million teens left Facebook for real, that number is kind of on the small side.

Again, “data guy” is in Cabo, but is 3 million even statistically relevant?

3. The Story Didn’t Get A Lot Of Attention

I don’t know what iStrategyLabs was trying to accomplish with this report, but without better clarity, we have to rule it unreliable (yes, bullshit).

Few publications covered the report. AllFacebook presented it as-is, but The Daily Beast took a heavily skeptical tone like us.

Really, the only reason this report is getting any attention is because of reddit, and I suspect they were just trolling.

I’m guessing that most writers saw this on reddit, looked at the data, and just dismissed it. To understand why, we’ll turn the mic over to “J” who left this comment on iStrategyLabs’ post. It’s a lot more cogent than anything I can tell you, because remember, “data guy” is in Cabo. 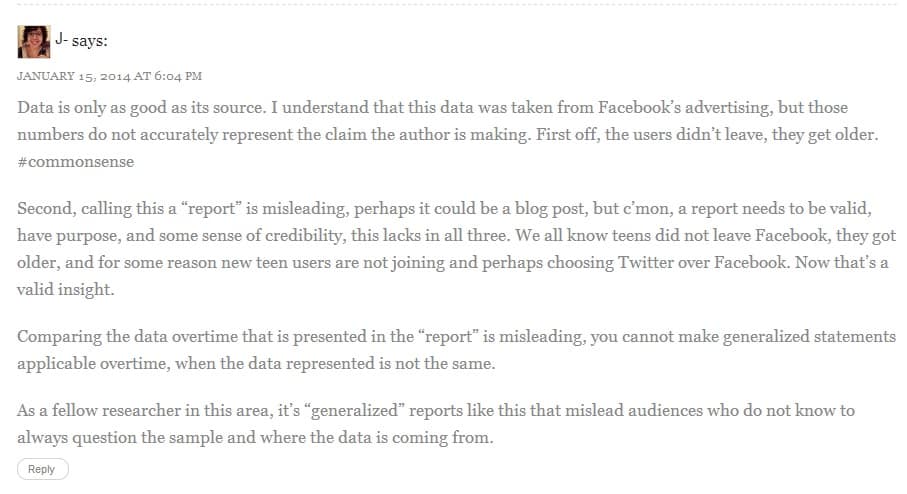 Do you think that 3 million teens left Facebook in 2014, or is this data a little questionable? We’ll extend an open invitation to iStrategyLabs to give us the specifics on their data analysis. Get at me on Twitter.