Sarah Palin has seen one too many selfies.

The former governor of Alaska and future reality TV star posted a photo on her Facebook page today asking the women of the world to pick up a fish instead of a camera.

Palin writes: “I think this world would be better off having more young women holding a fish in a picture than holding their camera in front of a bathroom mirror, taking a selfie.”

Sarah Palin may be right. Maybe the world would be a better place if women would go fishing more and take selfies less. Of course, there is a loophole in Palin’s theory. 12-year-old Piper showed Sarah that it was possible to hold a fish while taking a bathroom mirror selfie.

Sarah writes: “Oh what a 12-year-old sense of humor! Piper just finished up her basketball game, and I told her to read my latest Facebook post. So she did, then immediately went to the bathroom mirror to “hold a fish.” Clever! Well, guess I’ll at least credit her and her teammate for efficiently killing two birds with one stone!” 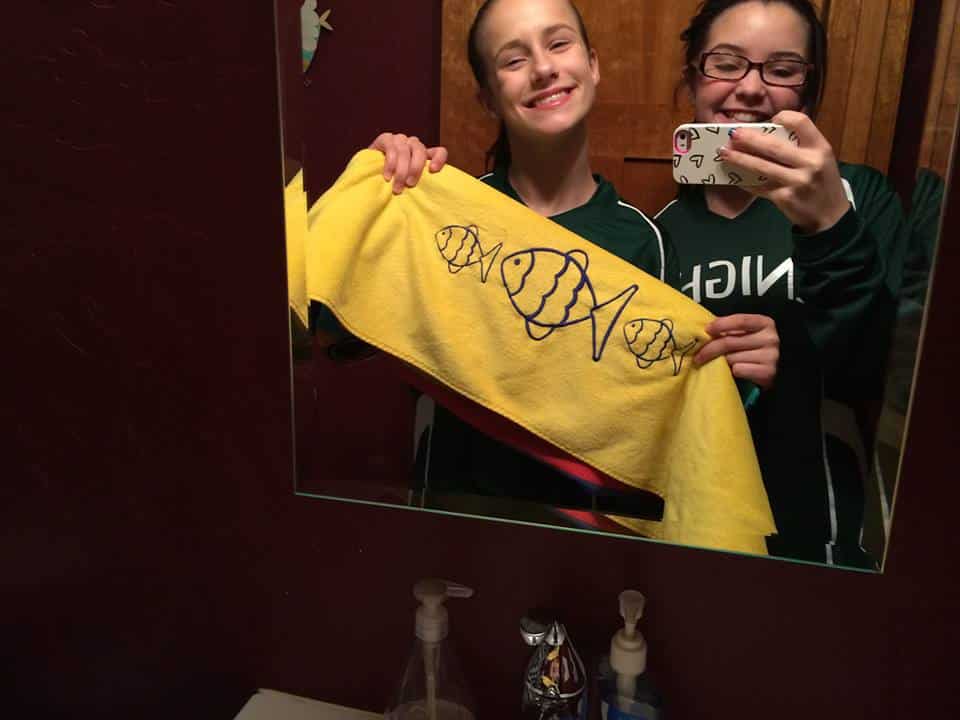