A recent study shows that memes on Facebook evolve much like a game of telephone, distorting their original intention for something else. Using a specific example, Facebook’s data scientists were able to show how one meme was distorted into 121,605 variants that appeared in 1.14 million status updates.

That exact statement was used by 470,000 Facebook users as their status update in September 2009, according to the study. At some point, the wording began to change. Someone added the variant by saying “(Name) thinks that,” and that variant was copied 60,000 times. The third most popular variant inserted “We are only as strong as the weakest among us” in the middle.” At one point “The rest of the day” translated into “the next 24 hours.”

Considering the subject of the meme, many of the variants were political in nature, and some satirical, including “No one should be frozen in carbonite because they can’t pay Jabba The Hut.” The researchers found that the original variant, unsurprisingly, was propagated primarily by liberals, as were sci-fi variants. However, alcohol-related variants were conservative, as were ones mentioning taxes, Obamacare, and government. 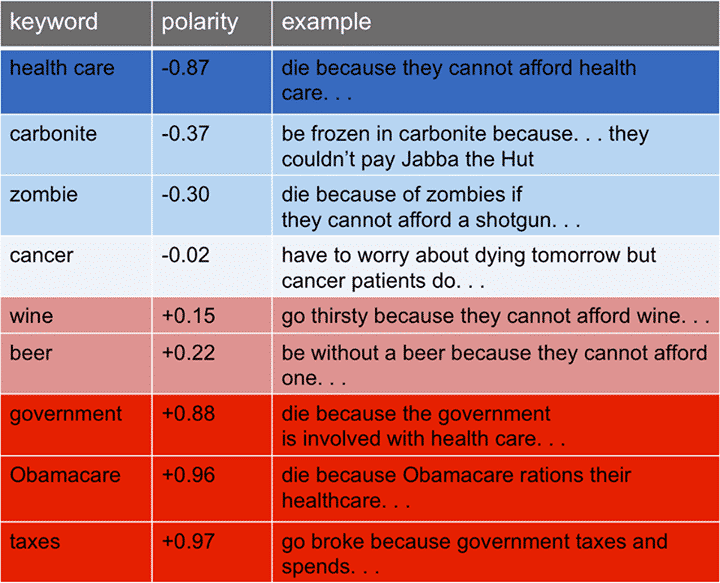 In their conclusion, the scientists drew parallels between how information evolves in a social network and how genes evolve.