While we’re freezing our nards off in the U.S., everyone in Western Australia is freaking out about going to the beach after a couple of shark attacks made headlines last year. A number of measures have been taken to thwart these deep-sea, man-eating beasts including an awesome tagging-and-tweeting program we reported on not too long ago, as well as a massive planned cull.

The idea is to set up baited drums in the water so that the authorities can catch and kill any shark longer than three meters.

There has been a lot of criticism raised over Western Australia’s shark cull, and then a lot of counter-criticism which cites a basic need to enjoy the beach without the possibility of being eaten. But this photo, taken on an Australian beach and posted to reddit, seems to put the issue into perspective: 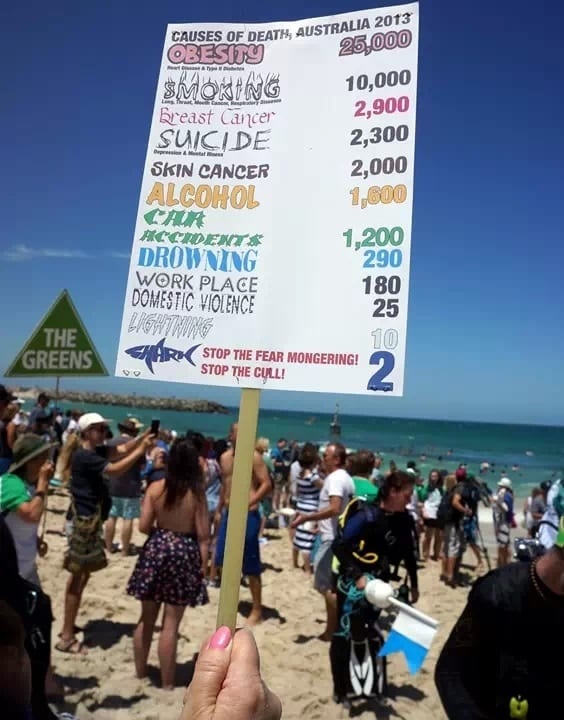 I’m not much for animal rights myself, but that’s pretty persuasive. Verifiable, too.

Though animal rights folks might argue that tweeting sharks are far more preferable to dead ones, that program isn’t without its problems, either. A shark proximity alert will keep you from going into the water, or to the beach, but it doesn’t do you much good if you’re already snorkeling. Unless you have a waterproof phone. And can swim super fast.