Everyone is talking about Mindy Kaling today because of a “funny looking” Elle Magazine cover. Everyone will be talking about the actress tomorrow because she’ll be naked on the next episode of The Mindy Project.

Wishing for more skin on my @ELLEmagazine cover? Chris Messina I are naked on a brand new #themindyproject tonight, ya pervs! 930/830 FOX

Fans were a little upset with Mindy Kaling’s Elle cover today. Why? Well, she wasn’t naked enough. Critics criticized (that’s what they do) the magazine for using a different set of standards for Kaling than for other women. The cover photos for Amy Poehler and Zooey Deschanel, for instance, are in color and put their bodies entirely on display. For Kaling, Elle decided to go black and white and crop the photo so it only showed her face. 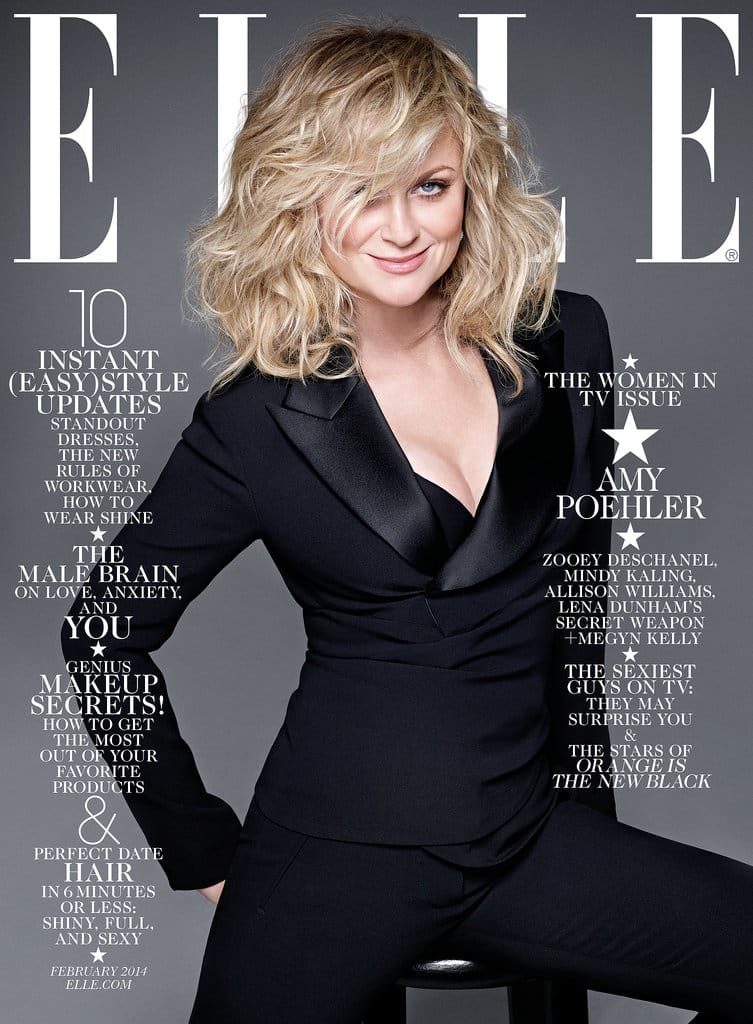 Elle defended their cover writing: “Mindy looks sexy, beautiful and chic. We think it is a striking and sophisticated cover and are thrilled to celebrate her in our Women in TV Issue.”