Natasha Leggero angered a few people this week when she made a joke about Pearl Harbor veterans being old. The comedienne has seen some social media backlash since she made the joke on New Year’s Eve and now it’s time for her to make a public apology so we can all forget about Spaghetti-O-gate.

OK, any minute now… No? It looks like Leggero has decided to go in a different direction. But before we get to the death threats, rape fantasies, and general nastiness that Natasha Leggero received after making the joke, let’s talk about what actually happened.

You see, this a controversy built on top of another controversy. Leggero was talking to Carson Daily on New Year’s Eve when the topic of Spaghetti-O’s offensive Pearl Harbor Day tweet got brought up. 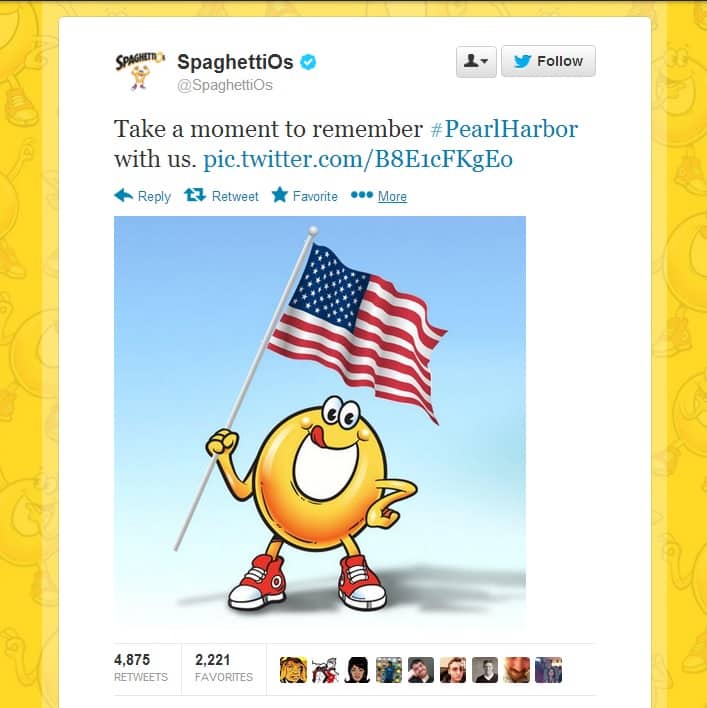 Leggero said: “It sucks that the only survivors of Pearl Harbor are being mocked by the only food they can still chew.”

Still, the joke riled up a certain group of people who feel that veterans should never be the butt of the joke no matter what the circumstances are. And those people may be right, but Leggero still isn’t apologizing.

The comedienne wrote on her Tumblr page: “It’s been a busy few days but rest assured, I have received all of your messages and have been busy sifting through the different creatively misspelled death threats, rape fantasies and most of all repeated use of the the C word.”

Leggero continues: “I wish I could apologize, but do you really want another insincere apology that you know is just an attempt at damage control and not a real admission of guilt? Let me just try instead to be honest.”

Leggero then writes that she isn’t sorry about the joke. She also said that it’s a pretty big stretch to say that her joke about Spaghetti O’s somehow questioned the integrity of the men and women who fought for this country.

Leggero writes: “I’m not sorry. I don’t think the amazing courage of American veterans and specifically those who survived Pearl Harbor is in any way diminished by a comedian making a joke about dentures on television. Do we really believe that the people who fought and defended our freedom against Nazis and the Axis powers will find a joke about Spaghetti O’s too much to bear? Sorry, I have more respect for Veterans than to think their honor can be impugned by a glamorous, charming comedian in a fur hat.”

The comedian, whose father fought in Vietnam, isn’t going to be apologizing for her joke. Instead, she’s going to try to lead by example. Leggero writes that people should save their outrage for the things that matter.

Leggero writes: “Where do you think your outrage and action would be better served, calling me a cunt or doing something about the … problem? To those looking for an active way to address the above problems, do what I’ve decided to do instead of apologize: Make a donation to the Disabled American Veterans foundation.”