Aaron Rodgers is currently focusing on getting the Green Bay Packers into the NFL playoffs but the all-star quarterback may soon have a personal crisis on his hands. Rodgers is reportedly on the verge of being outed by a former ex-boyfriend.

The “proof” comes from a few tweets from Rodgers friend Kevin Lanflisi. The Fame Driven speculates that Lanflisi, who was once Rodgers roommate, is much more than a friend for the Packers QB. It also appears that something happened recently between the two and now Lanflisi is planning on outing his former boyfriend.

My roommate. Nine days later, my sister. Everyone needs to calm the hell down.

According to Queerty, Aaron Rodgers was one of the NFL players who was planning on coming out last summer. Rodgers reportedly backed out at the last minute which infuriated his reported partner Kevin Lanflisi.

Now the scorned ex-boyfriend is planning on outing Rodgers. 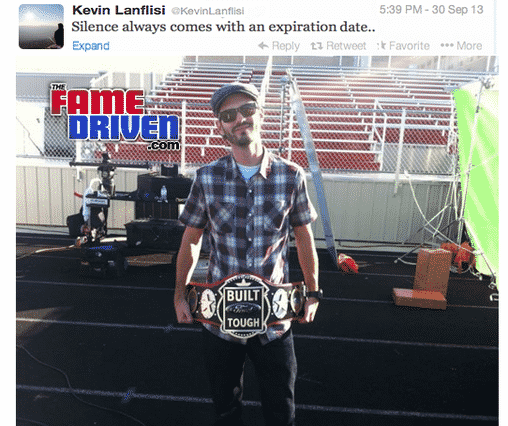 A spy said: “Aaron has attended numerous sports award shows with Kevin, always color coordinated and without any double female dates, including the ESPY’s. Kevin was also the first person Aaron embraced when the Packers won the Super-bowl in 2011. I just find it really strange that as of late there has been many bitter subliminal tweets on Kevin Lanflisi’s twitter alluding to a relationship much deeper than a friendship he had, with who I perceive to be Aaron Rodgers, because Kevin has NEVER once tweeted about having a girlfriend, just mainly about the Green Bay Packers, Aaron Rodgers, and Justin Bieber’s music and sitting front row at Bieber’s concert. There has been speculation for years here in Wisconsin that Aaron is gay.”

OK, so is Aaron Rodgers gay? Right now the proof is pretty flimsy. Rodgers and Lanflisi are close friends but there is no proof that they had a romantic relationship. There is also no proof that Rodgers was one of the players who was planning on coming out last summer.

Aaron Rodgers isn’t married at the moment but he has reportedly been dating Destiny Newton. Engagement rumors circulated about the two last year but Rodgers never confirmed the news.

So here’s what we know about Aaron Rodgers.

Basically, this rumor is still just a rumor.

[Image Via The Fame Driven]