Perez Hilton picked a fight with the wrong group of social media enthusiasts. Beliebers and Directioneers teamed up on Twitter today to take down the famous internet gossiper.

“Suspend Perez Hilton” and “Perez Retire From Being A Pedophile” have both been trending on Twitter. Hilton has also been loosing followers all morning. 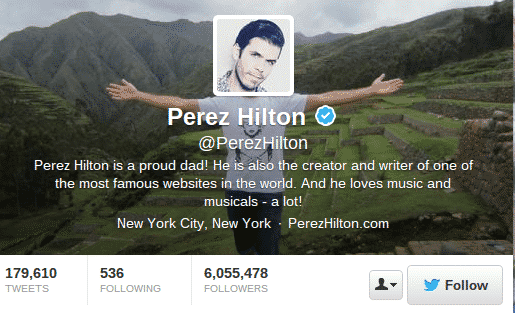 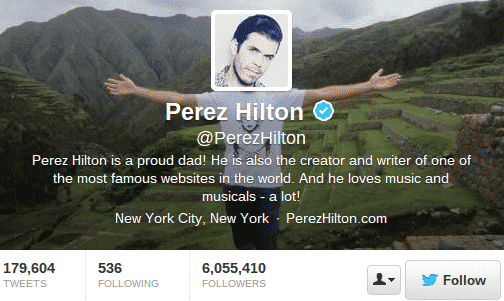 Yes, Perez Hilton is losing a Twitter follower every two seconds at the moment. Well, at least for those two minutes. The gossip writer has actually been gaining a few fans throughout this fiasco so his follower account may stabilize when all is said and done.

Oh, right, I suppose I should tell you what Perez Hilton did…

It’s not about the size of the penis, it’s what you do with it. pic.twitter.com/IzMlcdqt9R

I only fuck without condoms! pic.twitter.com/WPmKXPRc5E — Perez Hilton (@PerezHilton) December 25, 2013

Yeah, that didn’t sit well with Bieber’s following. The tweet was considered so vile that even Directioneers, the sworn enemy army of Justin Bieber, joined the fight against “pedophile” Perez Hilton.

#SuspendPerezHilton #PerezRetireFromBeingAPedophile @PerezHilton youve got the two most biggest fandoms on twitter to hate you how you feel? — Merry Chirstmas (@crazy_for_calum) December 25, 2013

im not a directioner or a belieber but dear lord i do hate perez hilton. #SuspendPerezHilton

Perez Hilton has responded to the comments but before we get to that I’d like to remind everyone of something. It’s Christmas. Perez Hilton has a new baby. In fact, it’s his little kid’s first Christmas. But instead of spending time with his baby he’s online fighting with a bunch of teenagers.

.@justinbieber fans are upset he has yet to hit puberty! #PerezRetireFromBeingAPedophile

Perez Hilton also put up a “Holiday Nip Slip” gallery, including a shot of Kendall Jenner, to make sure that everyone knew that he has no problem with the “pedophile” label.