Chicago Bears quarterback Jay Cutler played one of the worst games of his 2013 season on Sunday and now 4 time Mr. Olympia bodybuilder Jay Cutler is being attacked online for his mistakes.

Jay Cutler, the bodybuilder, not the Bears QB who crumbles under almost any pressure, owns the Twitter name @mrojaycutler and apparently that was enough for angry Bears fans to go on the offensive.

Shortly after the Chicago Bears suffered a humiliating 54-11 loss, the bodybuilder tweeted the following message to his fans:

Oddly enough we couldn’t find anyone attacking the bodybuilder directly, perhaps they took down the tweets after they saw this photo: 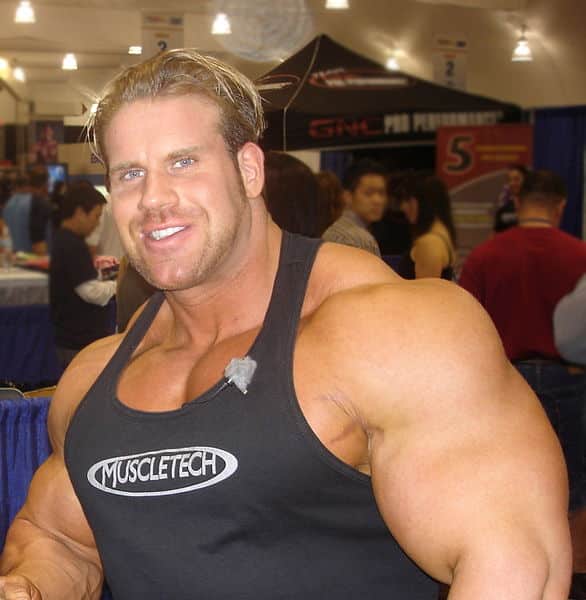 Or perhaps his tweet was simple a warning to not go on the offensive. A pre-emptive strike from this guy will likely have everyone thinking twice before they send hateful tweets.