Beyonce may not be welcome in Target right now but the singer has become a hero at Walmart.

Beyonce got swept up by the Christmas Spirit this weekend and headed down to Walmart to hand out more than $37,000 worth of gift cards.

Beyonce handed out $50 gift cards to just about everyone that she could find at Walmart. In total, the singer dropped about $37,500. 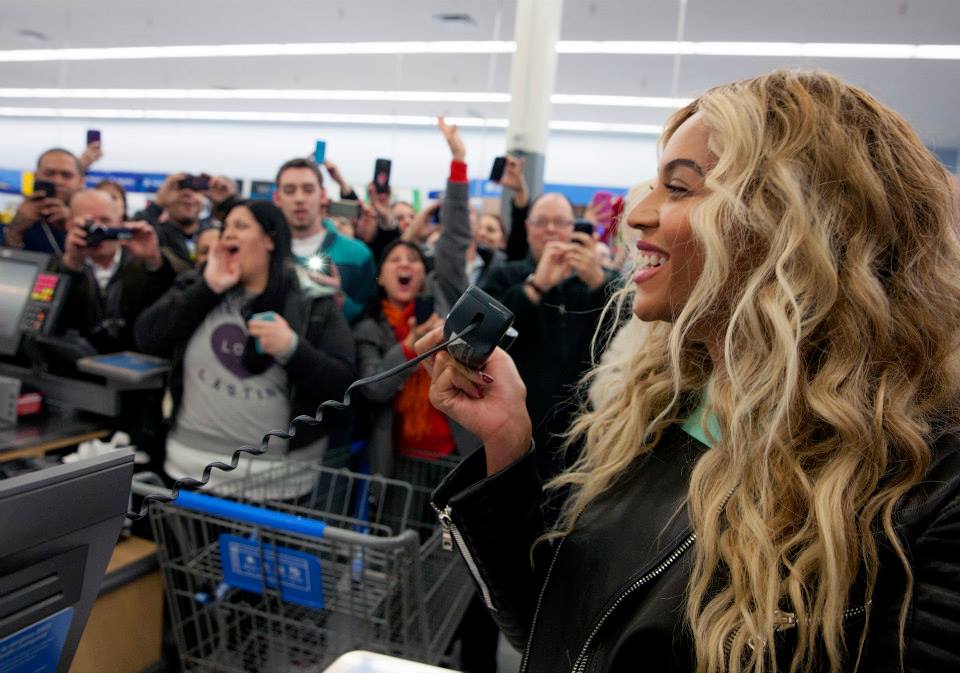 Beyonce’s giving trip at Walmart was part charity and part promotion. The singer reminded people on her Facebook that her new album was now available in stores, including Walmart, and I’m sure she inspired some people to pick up that disc with their new gift card. 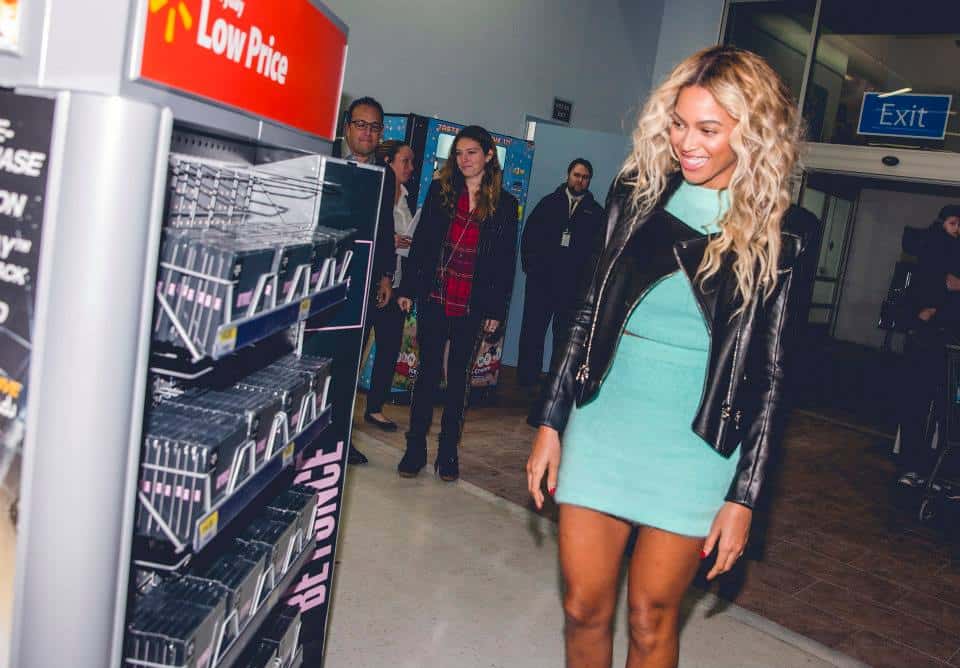 The singer even demonstrated how to buy the album at Target. 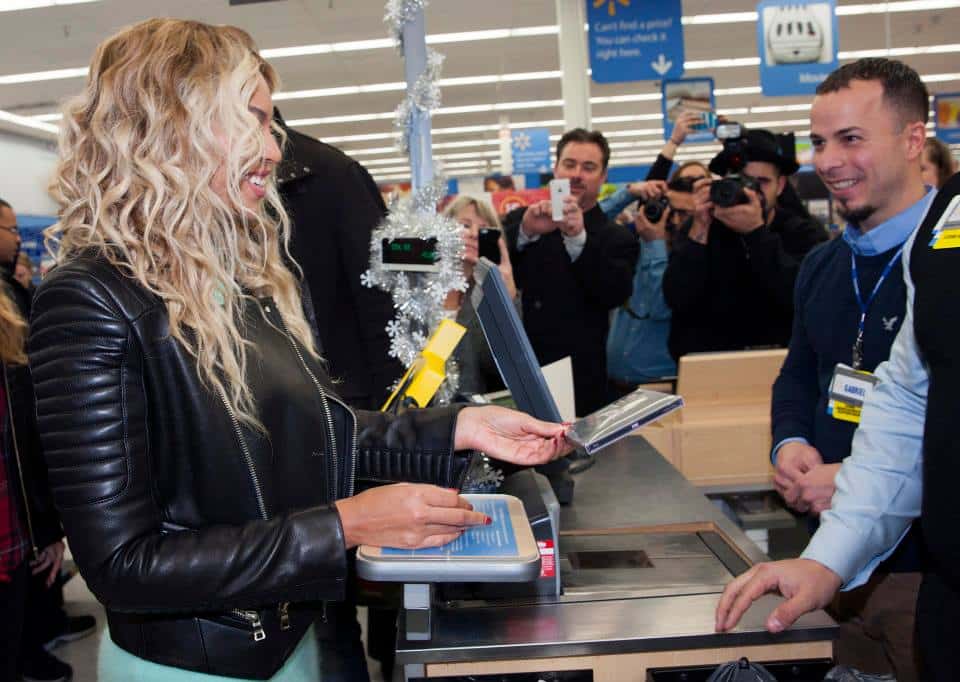 The stunt may have also been a figurative middle finger to Target. Target announced this week that they wouldn’t be carrying Beyonce’s new album because the singer gave iTunes a three-day head start on sales. The new album has already sold more than a million copies so Beyonce isn’t going to be hurting much from Target’s decision. Still, she may have felt like it was neccessary to send Target a reminder about her star power. 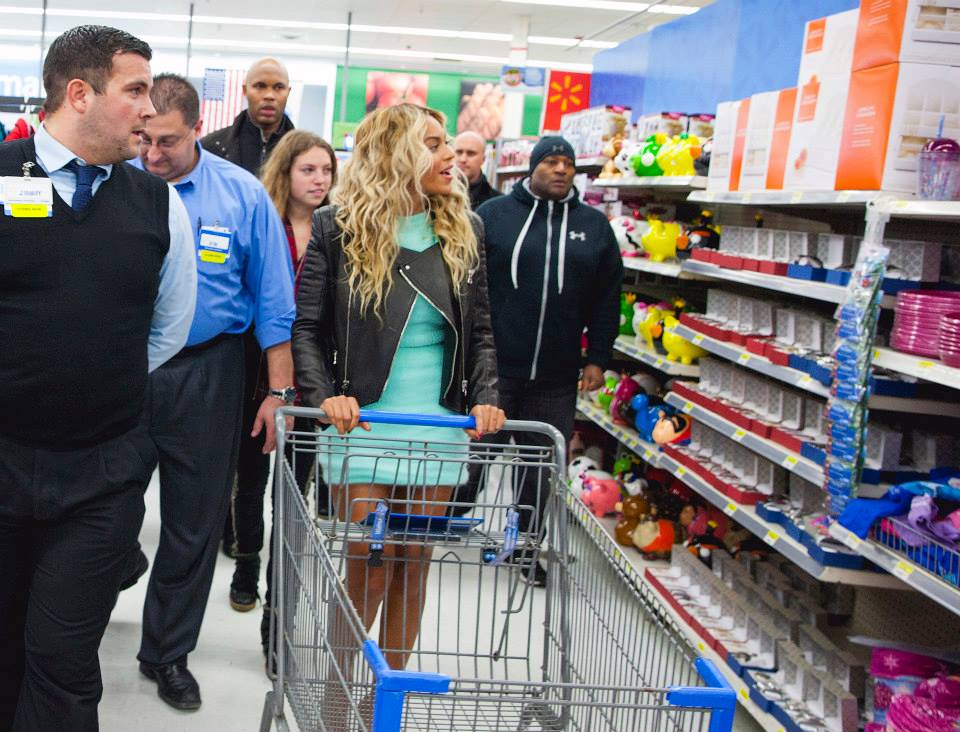