A redditor named Rachel was shocked last night when she realized that billionaire Bill Gates had sent her a present for Secret Santa.

Rachel writes: “I want to start by giving a HUGE THANK YOU to Mr. Bill Gates for an amazing gift and secret santa experience. Bill- you ROCK (can I call you Bill?! I feel like we’re friends now!). I am so very, very grateful for the amazing and thoughtful gift you have picked for me! Not only is the gift PERFECT from anyone, but I am sincerely very appreciative that you took the time to find something so fitting for me.”

So what does Bill Gates give as a Christmas present? A cow. The founder of Microsoft gave this Redditor a cow. And not a stuffed animal cow (OK, he did give her one of those too) but a real cow. 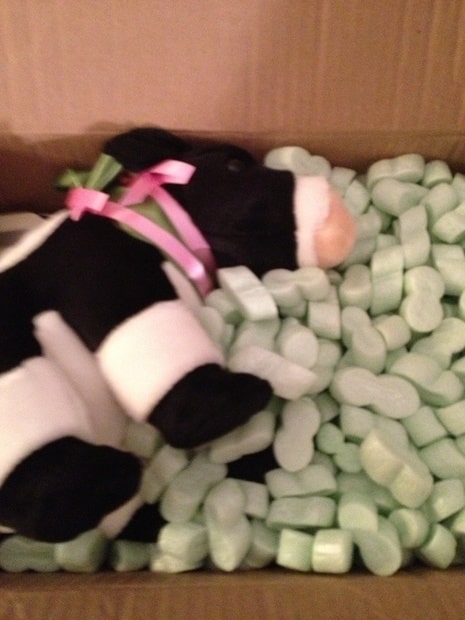 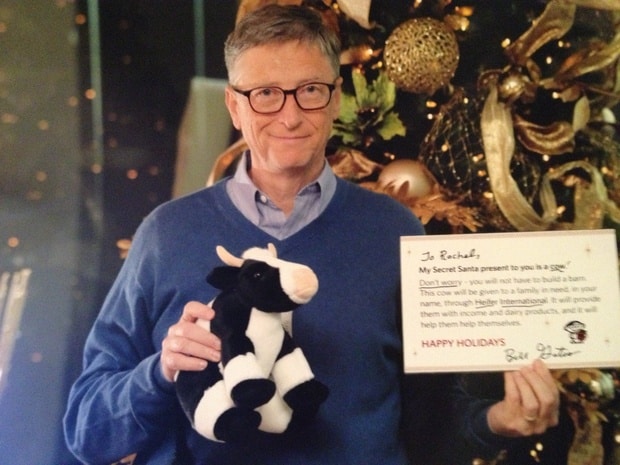 Rachel writes: “I was so excited, the cause seemed really worthy and amazing, and it is the season of giving. By the way, the charity “gives families in need the right tools- such as animals, seeds, clean water, safe stoves or a chance for girls to go to school.” The last part was/is my favorite, since my master’s degree is in education and I am SO into educational benefits for all. It makes me so happy that he was able to donate to a charity on my behalf that helped people with both needs and educational benefits. Nailed it, Bill!” 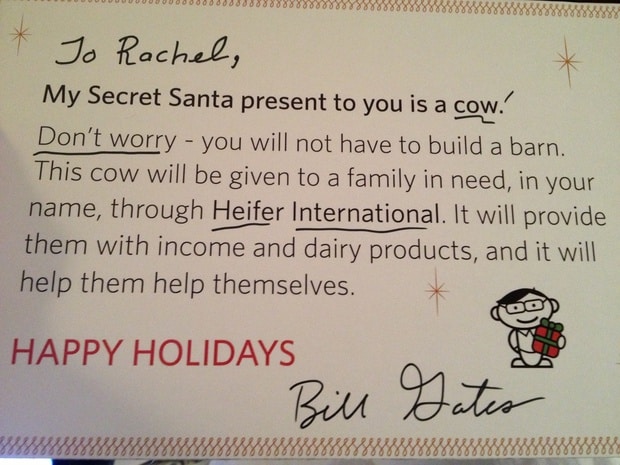 Bill Gates could have stopped with the charitable donation but he also decided to get something specifically for Rachel. The billionaire (who made about $31 million per day in 2013) also gave Rachel a travel book and a signed Christmas Card. 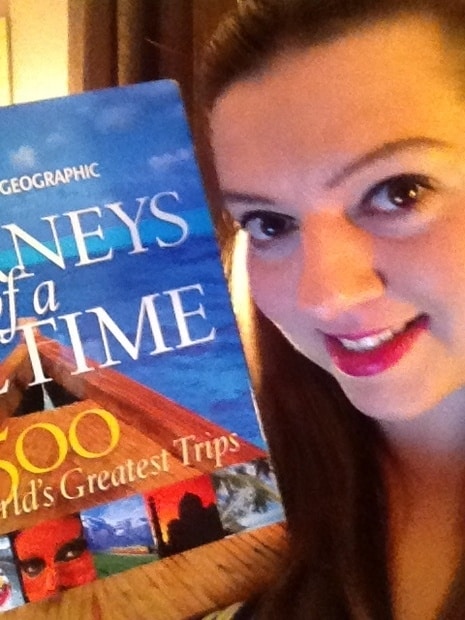 Rachel writes: “I feel SO shocked and excited that not only did I receive a gift from Bill, but it was perfectly and EXACTLY tuned into my interests. My gosh, what a rush!!… Thank you so much Bill for a fantastic and thoughtful gift. 10/10 would receive gift from Bill Gates again

Rachel said that she wanted to send Bill Gates a thank you card but the billionaire neglected to put down his home address. The Redditor still wanted to say thank you so she wrote a sweet note and posted it to Reddit.

She concluded her message with a little joke: “ps: Sorry for the apple ipad on my wishlist, that was really awkward.”