Dylan Sprouse On Nude Photos: At Least You Can’t See...

Dylan Sprouse found himself in the middle of a nude photo scandal this weekend when his ex-girlfriend reportedly posted a few scandalous pics to the internet.

The nude photos of the Suite Life Of Zack Cody star quickly went viral and Dylan decided to do the only thing he could really do: He admitted that it was him and said that he was ready to move past it.

I messed up… but I’d be a fool not to own up to it. Got to move past it I suppose

Sprouse reportedly sexted the photos to an ex-girlfriend. Well, it turns out that that was a mistake. The anonymous woman posted them to the internet and now everyone is taking turns pointing, laughing and mocking Sprouse’s manhood.

@dylansprouse Cold in that bathroom huh?

Dylan could have sent a small dick joke back at his brother telling Cole that, you know, they are identical twins but the former Disney star decided to go a different route.

At least you can’t see my third testicle

OK, that’s enough talk about naked Disney stars. Oh, wait, did you want to see Dylan Sprouse nude? Here’s a barely clothed photo from The Hollywood Gossip. You can see Sprouse in all his glory, minus that pesky third testicle, here. 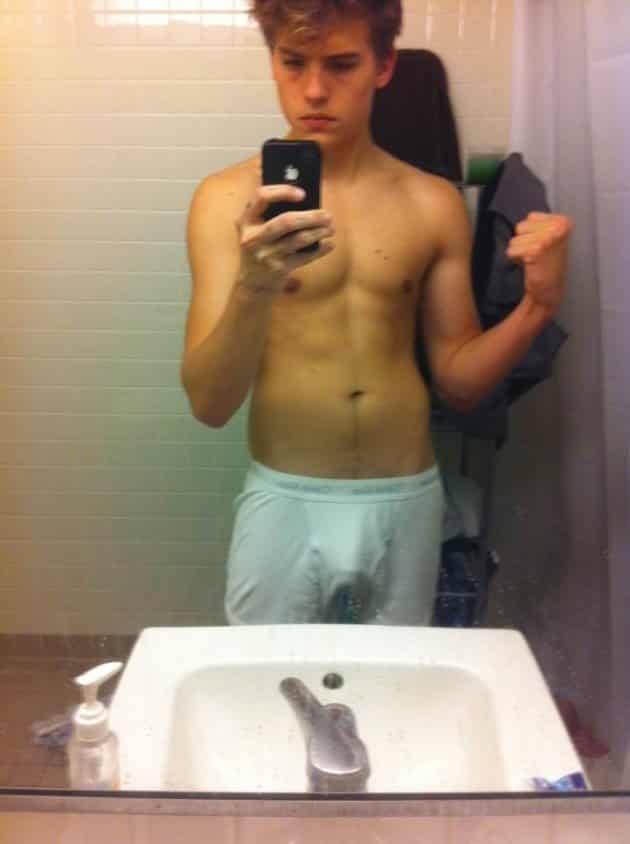