That Time A Redditor Stole A Dog, It Made Local...

by Dusten Carlson 8 years ago1 month ago

This is probably one of the weirdest stories we’ve ever seen on reddit, mostly because the story is kinda sorta about reddit, creating this weird meta-loop that wrinkles our brain. But here goes.

Some guy on reddit stole a dog. The way he tells it, he saved the pup, a Swiss mountain dog named Heidi, from malnutrition and abuse. Heidi’s owners took to reddit through a friend to post a sizable monetary reward for her return. They say they don’t want trouble and that they won’t press charges. They just want the dog back.

Dogthedogsaver, the handle of the redditor who admitted to stealing Heidi, instead condemned the owners for their treatment of the dog, and posted this photo … 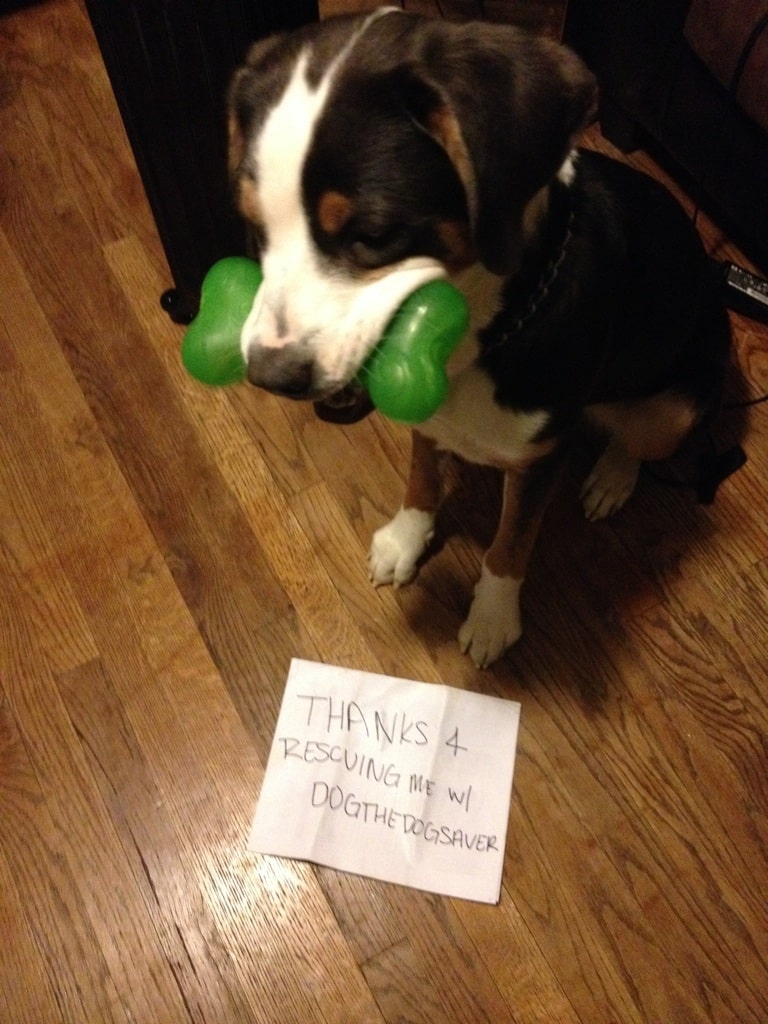 … along with a declaration that once Heidi has been checked out by the vet, she’ll be returned, but not a moment before and exactly when dogthedogsaver decides (probably next Monday or Tuesday).

More interesting than the story is how reddit is responding to it. Heidi’s theft has sparked a huge, polarizing debate. Friends of Heidi’s owners have come forward to defend them …

Other observers slammed dogthedogsaver for getting in way over his head, and making arbitrary decisions based on poor … he stole a fucking dog and that’s not cool, basically.

Ultimately, the voices of reason were upvoted, and anyone who supported redditor dogthedogsaver lost. Hard.

After all that bad attention, dogthedogsaver said that Heidi will be returned tonight. 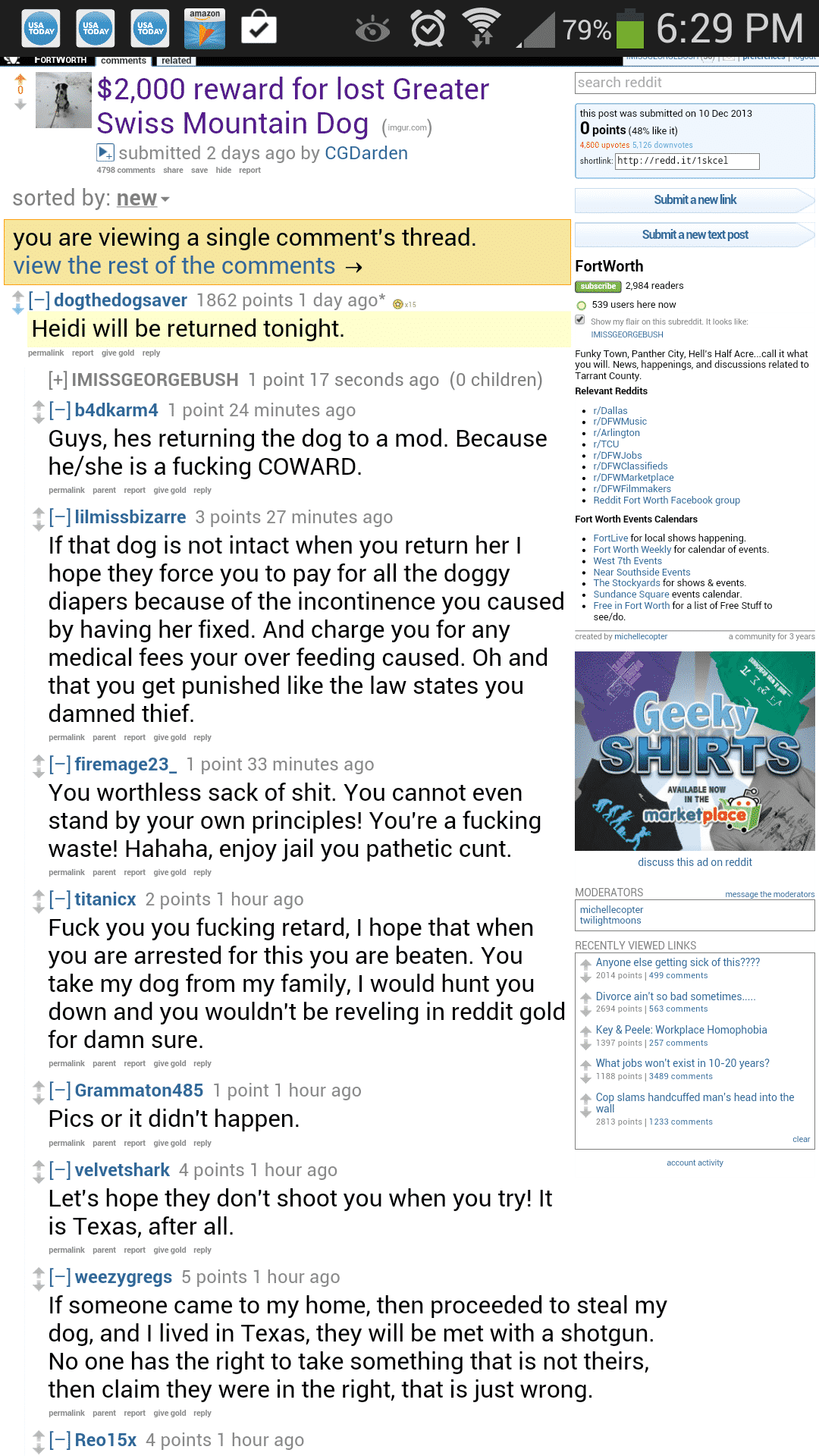 We’ll let you know what ultimately happens, but stolen dog Heidi made for some interesting reads on reddit these past few days.