Facebook has grown to 727 million daily active users in 2013, and according to a new report, sharing has increased 169.88 percent from November 2012. 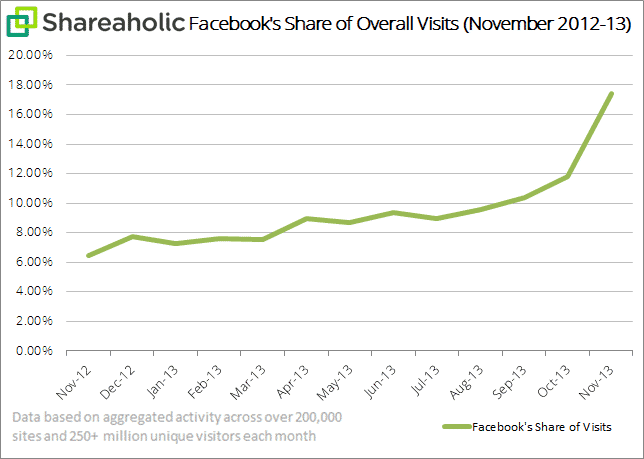 According to Shareaholic, the “gains are remarkable,” and thanks to redesigned “like” and share buttons which launched in early November.

The omnipresence of the new Like and Share buttons impacts behavior. Given the usable nature of the new buttons and their widespread availability — Facebook’s buttons are viewed 22+ billion times a day across 7.5+ million sites around the web — people have developed a habit of sharing content they enjoy. Although not all share buttons are created equal, share buttons in general are being utilized more often by readers, thus driving more traffic to sites.

The company also noted that Facebook’s numerous News Feed tweaks have helped to increase engagement across the social network.