Netflix Nearly Tied With Cable Subscribers Among US Adults

Netflix continues to dominate, and according to a new graph from analytics company Statista, the video streaming service is nearly tied with the number of American adult cable subscribers.

Statista analyzed a study from Harris Interactive published in October, and the percentage of U.S. adults who subscribe to a paid TV service.

46 percent of American adults ages 18 to 36 have a cable subscription compared to 43 percent who are subscribed to Netflix.

At 17 percent, one percent more are subscribed to Amazon Prime than Satellite TV, and eight percent have a Hulu Plus subscription.

One major correlation with the data is that the higher the age group, the lower the percentage who are subscribed to an Internet-based service.

With companies like Time Warner Cable losing 306,000 subscribers in Q3 2013, Netflix could soon be the most popular pay-TV service among younger U.S. adults. 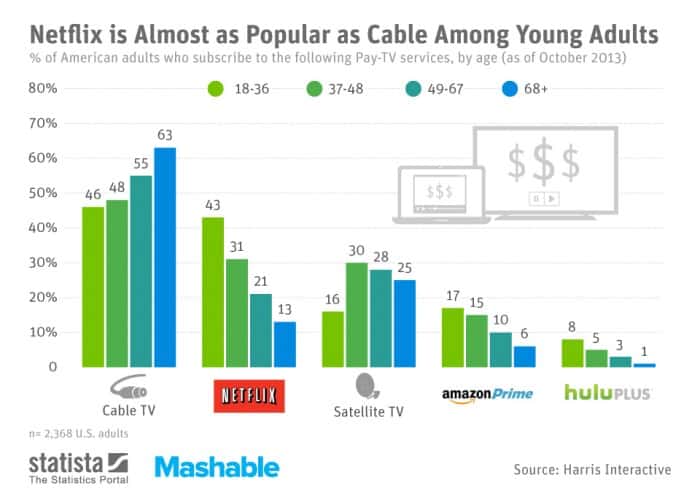