Twitter is used by many artists to stay in touch with fans, and according to new tool Rap Stats, it’s the top mentioned social network in rap songs.

Rap Stats was created by Rap Genius, and shows you the frequency of a certain keyword or keywords appearing in rap/hip-hop songs.

The tool relies off a massive database of songs dating back to 1988, and displays results in a graph.

AllThingsD plugged in six different social networks, and despite Facebook being the world’s largest social network, it actually came in third behind Instagram.

Tumblr came in fourth, Myspace fifth and Snapchat finished out the list in last place.

Aside from how Twitter and other social networks compared, according to Rap Stats, “west side” is mentioned more than “east side,” and peaked at an all-time high around 1995. 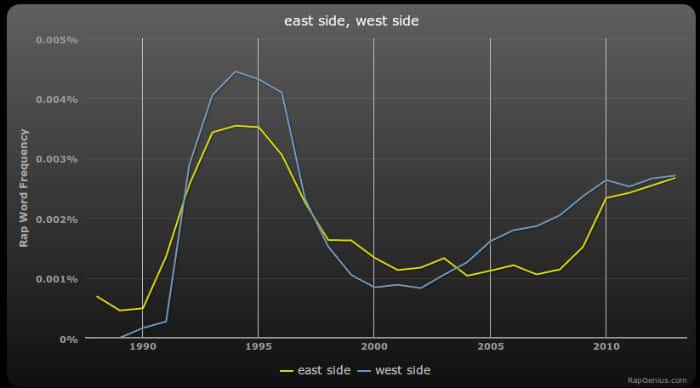