Video of actor Paul Walker’s fatal crash, taken by a bystander, went viral this weekend shortly after news spread that the Fast and Furious star had been killed in a high-speed accident with his close friend, Roger Rodas.

The video is shot from the inside of another car as it drives past the flaming wreckage. The passengers stop leave their car as other witnesses approach the scene. One woman confirms that she sees a body in the vehicle.

Other tidbits circulating online regarding Paul Walker’s death are his apparent last words: “Let’s go for a drive,” uttered to Jim Torp at a charity event held at high-end car shop Always Evolving, which Walker owns a stake in.

This image is also being shared on social media sites by fans of Walker. The quote, while attributed to the late 40-year-old, is unverified. 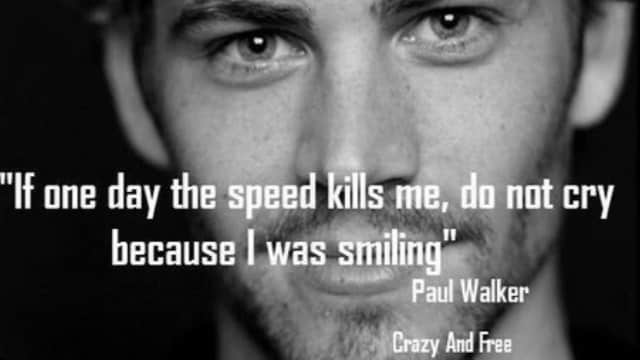