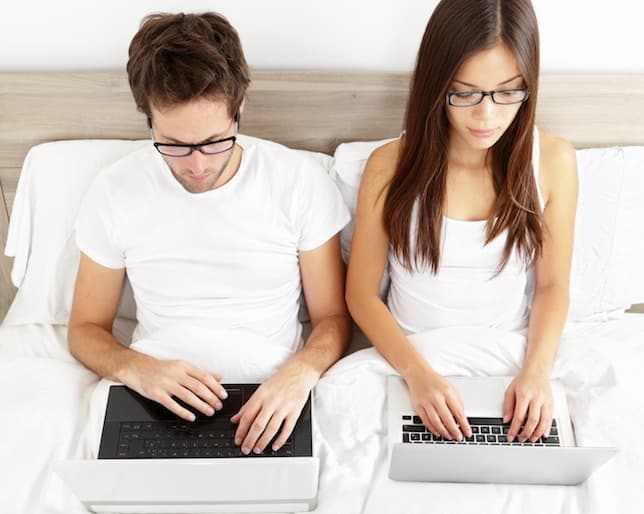 If you live in the U.K. there is the very real chance that you are having less sex these days. A new study commissioned by the National Survey of Sexual Attitudes and Lifestyles, claims that U.K. residents are getting their groove on less because of social media use.

The poll asked 15,000 Brits about their bedroom activities and discover that people between the ages of 16 and 44 are having sex less than five times a month. In 1990-1991 and 1999-2001 that same poll found the average amount of sex to be six times a month.

Researchers say taking our smartphones, tablets, and other devices into the bedroom is partly to blame for the shift away from sex and towards Facebook, Twitter, and other social networks.

Dr. Cath Mercer of University College London, explains, “People are worried about their jobs, worried about money. They are not in the mood for sex. But we also think modern technologies are behind the trend too. People have tablets and smartphones and they are taking them into the bedroom, using Twitter and Facebook, answering emails.”

Social media addiction is a real problem that we have addresses many times before on Social News Daily and now it is invading our bedrooms in a very real way.

Do you turn off social media so you can get turned on in the bedroom?