One could argue that Richard Dawkins enjoys a sort of “sainthood” status among reddit’s atheist community, and that an AMA with the famed evolutionary biologist was a long time coming.

It finally happened today, and we’re incredibly grateful that the community didn’t implode from this, the zenith of reddit’s AMA series. The excitement, the awe, and the hero-worship was palpable. Clint did respond to a great number of prompts before pub time, even if most of them were not questions, but effusive praise.

That’s understandable, though. Don’t get us wrong here, guys. We’re not shaming you for the hero worship. We just wanted to not struggle to find five things we actually learned during the AMA.

But we managed. They were:

No. 1 – Richie D Has Mad Respect For His Debate Opponents

The above-mentioned (Williams, Harries, Coyne), obviously, are all dudes who believe in God. Though it’s not just religious folk Dawkins enjoys the occasional tête-à-tête with.

Contrary to popular belief, there is at least one person below William Lane Craig on Dawkins’ “worst ever” list.

Here is a basic summary of that debate …

But the video is here if you want it.

No. 2 – Sometimes He Just Wants To Be An Evolutionary Biologist

Of course he is an evolutionary biologist, but that doesn’t stop him from occasionally worrying that we’ll only remember him as an atheist.

To wit, he considers his greatest achievement to be … 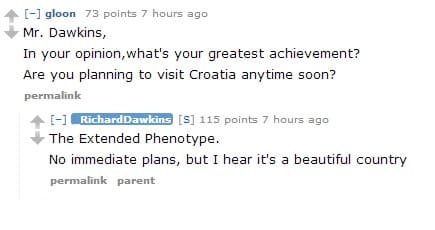 We were hoping for a 3am Waffle House story, but at least we got …

I’m pretty sure my colleague Kim LaCapria has fan-fiction about this out there somewhere. 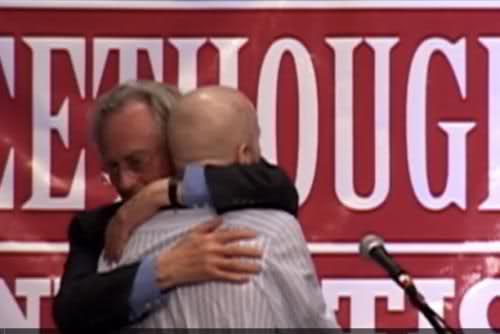 For one, he’s pretty sure they don’t read his books anyway.

For two, he enjoys the hate mail.

No. 5 – He Seems Okay With The Fact That We Totally Bastardized The Meme 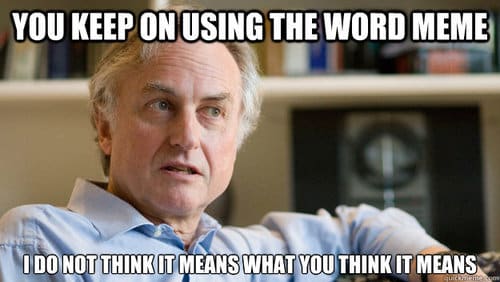 The Most Reasonable Creationist Ever

… sparked what was one of the most respectful dialogues I’ve ever seen on reddit between two people who seem about as far apart as they could be. Unfortunately, Richie D didn’t catch that thread, but you can read it here.

Richard Dawkins Left Because It Was Beer O’Clock

The Burden Of Proof

I do think it’s a little ironic that, according to reddit AMA rules, we have to take this one on faith.

[Image: Girl with a one-track mind]