Kim Zolciak Gives Birth To Twins, A Boy And A...

by Melissa Stusinski 9 years ago6 months ago

Kim Zolciak gave birth to twins, a boy and a girl, on Monday morning. The former Real Housewives of Atlanta star welcomed her third and fourth child with husband Kroy Biermann, and her sixth overall. Zolciak announced the births on Twitter and Instagram, where she also revealed the genders of the babies. She wrote, “We are officially the ‘Biermann Bunch’ now!” She added, “Guess what?!!! The twins have arrived! We welcomed first a baby girl and second a handsome little boy! They are both healthy and Kroy and I are so thankful!!” 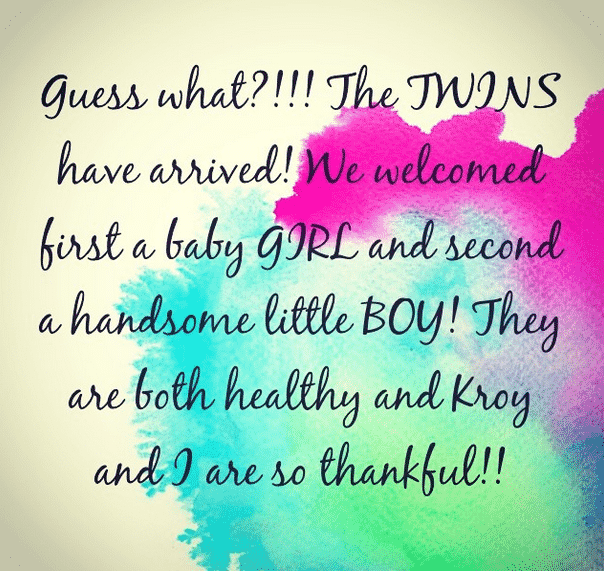 Shortly after the huge announcement, Kim Zolciak returned to the social network to share the names of her “precious angels.” 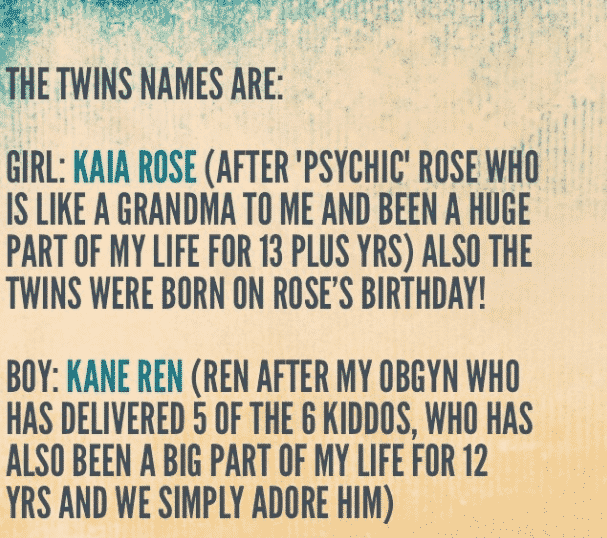 Zolciak and Biermann were married in November 2011, and are already parents to KJ, 2, and Kash, 12 months. The pregnancy came as a surprise for the couple, who first shared the news on their reality show this summer. She recently shared a photo of her nine-month bump on Instagram, writing, “Sooooo with all the request I finally decided to post My baby bump today! The twins will here this month and we are soooo excited and I’m soooo over being pregnant!” Looks like Kim got her wish.

I can’t sleep woke up hubby to snuggle me and this big mountain #pregnancyproblems — Kim ZolciakBiermann (@Kimzolciak) November 24, 2013