by Mike Stenger 9 years ago11 months ago

Facebook referral traffic grew 58.81 percent this year, and according to a new infographic, it drives 3x more social shopping sessions than the next closest social network.

Here were the findings:

Facebook’s audience is huge, so it’s not surprising that it drives a mass audience, with somewhat lower average spend, on retailer sites. Pinterest and Polyvore attract a different shopper — in large part because of the user experience: Those sites are very visual and engaging and in many ways mimic a curated catalog experience with ensemble shopping. 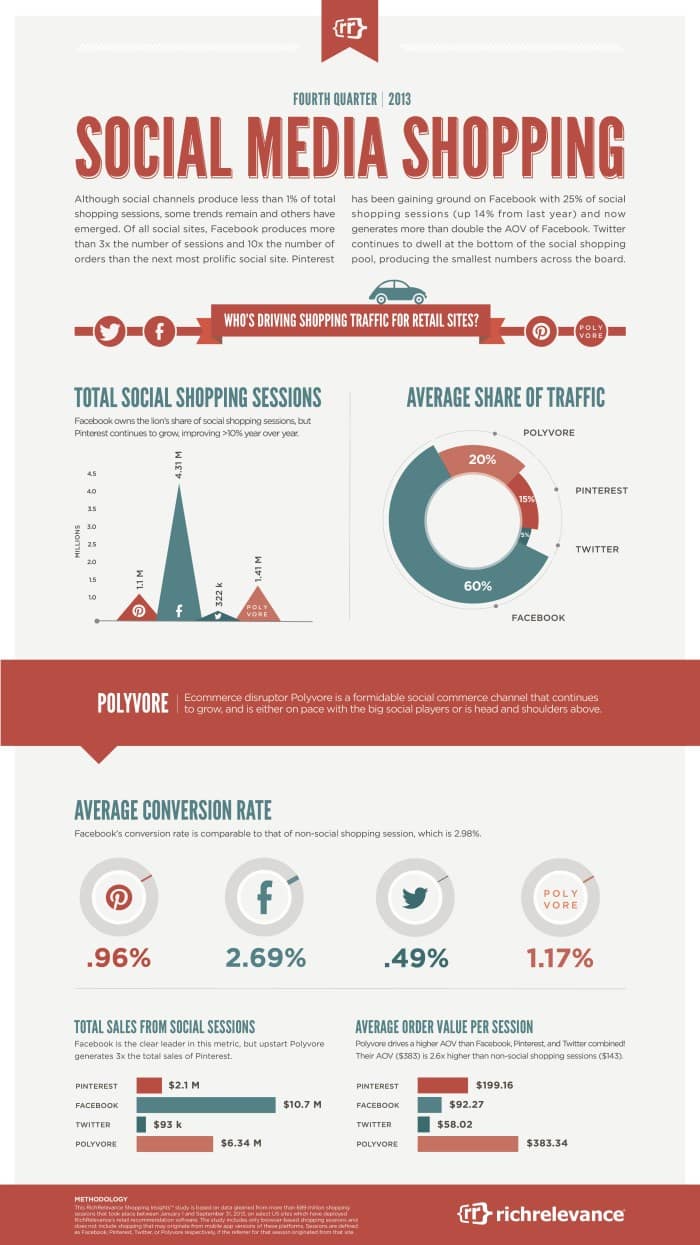