Is the Danish Royal Family starring in a sequel to The Omen? A portrait of the family has been going viral and it isn’t because of royal jealousy. It’s because the painting is seriously creepy.

Prince Christian, the heir to the Danish throne, stands at the center of Thomas Kluge’s portrait. I’m sure that Christian is a very cute kid but there is something about the lighting, or maybe his vacant stare, or maybe the man hands that makes it seem like he is going to crawl out of my computer screen and kill me. 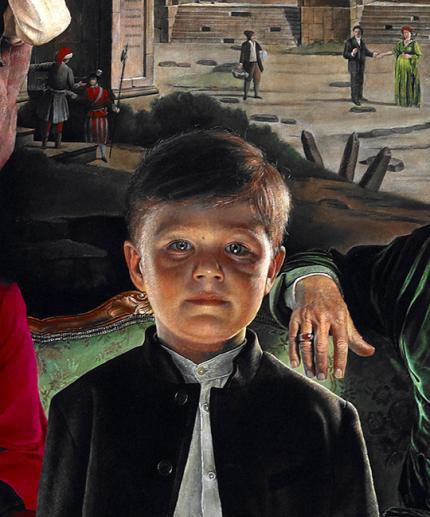 But really, I’m sure he’s a nice kid.

The Danish Royal Collection website notes that Kluge spent four years on the painting. FOUR YEARS. And this is what he ended up with.

The description reads: “In Kluge’s painting the royal couple is depicted in a gilt rococo settee surrounded by their sons, daughters-in-law and grandchildren, all in everyday clothing. The present and future monarchs, H.M. The Queen, T.R.H. The Crown Prince and Prince Christian, all make eye contact with us, while their family members are portrayed in their own universe, unprovoked by the gaze of the spectator. The children are at play with the exception of the upright and severe Prince Christian who seems aware of his future responsibilities.”

The website did not specify if those “future responsibilities” involved summoning demons or making pacts with the devil.

The Danish Royal Family Portrait has started going viral on sites like Reddit and Buzzfeed and users are now turning Prince Charles into a reincarnation of Damian. 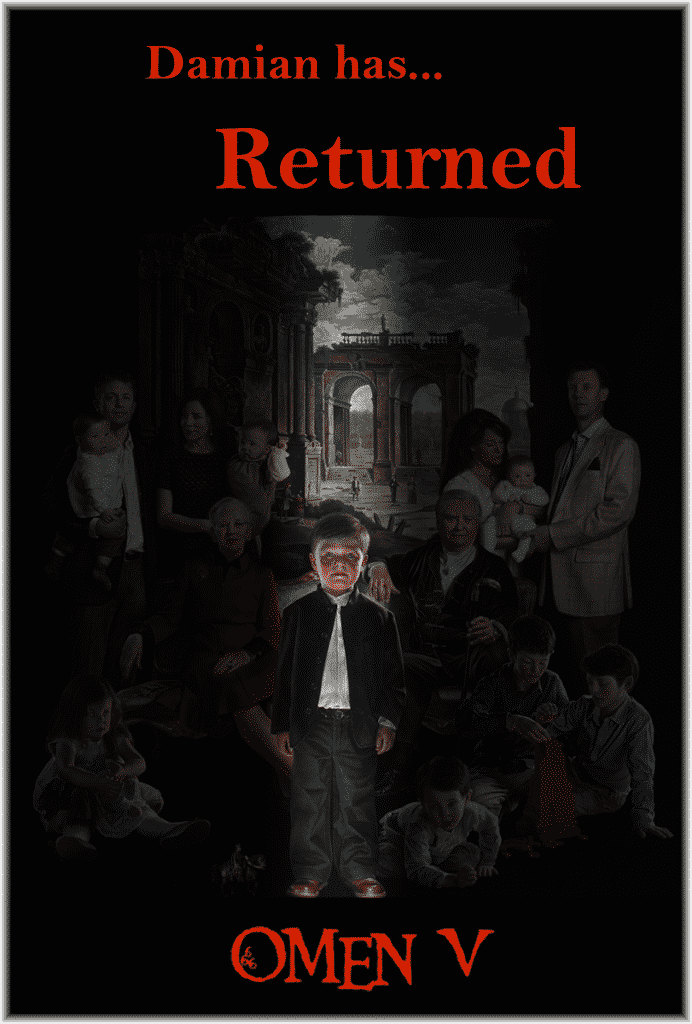 And another from Swankie. 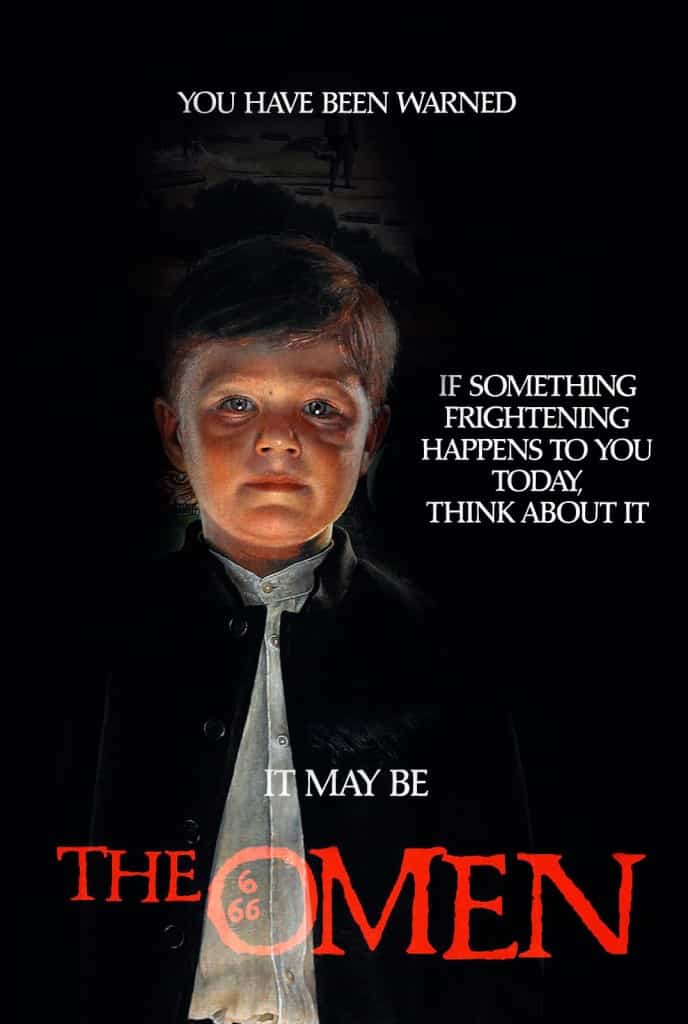 Do you think the Danish Royal Family portrait looks like a horror movie poster?