Batkid is saving the day in San Francisco courtesy of the Make-A-Wish foundation.

We reported earlier in the month that the Make-A-Wish Foundation of San Francisco had offered to turn 5-year-old Miles’ wish into a reality. But unlike other wishes they wanted to make his day extremely special.

Miles, a huge fan of Batman, wanted to save the city from Batman’s biggest enemies and a choreographed day was planned.

Thousands of volunteers quickly came forward to pitch in, including the San Francisco Police Department which provided an officer with the real batmobile. Miles’ little brother even got dressed up like Robin. Volunteers worked around the clock to help transform the city into a Gotham of their very own. Thousand of people even performed a flash mob in Union Square which acted to alert Batkid to the fact that the Penguin had kidnapped Lou Seal, the San Francisco Giants mascot.

We could explain the day’s play-by-play but we would rather show you with our custom Twitter timeline.

You can follow the entire BatKid saga at #SFBatKid.

Do you feel safer with BatKid on the case? 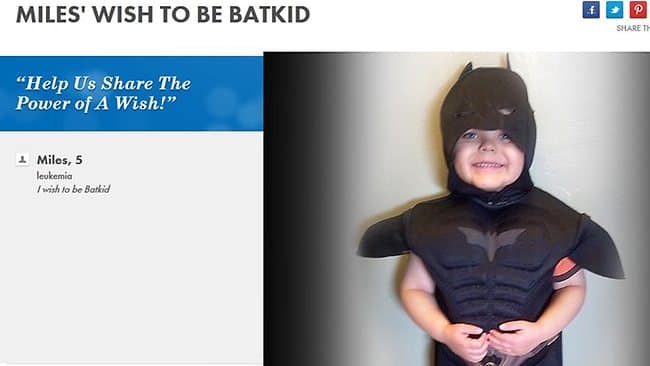