Reddit Users Consume The Most News Of Any Social Media...

Reddit is host to far more than funny animated gifs, and according to Pew Research Center, its users consume the most news of any social media platform.

Pew’s latest findings are an extension of a study published in October, which found that 30 percent of U.S. adults consume news on Facebook.

Partnering with the John S. and James L. Knight Foundation, it found the percentage of each site’s users who get news while logged in.

Data was analyzed from August 21 to September 2, and here were the results:

65 percent of U.S. adults get news on just one social media site, 26 percent on two sites and nine percent on three or more sites.

From the Pew Research Journalism Project:

For those who get news on multiple social networking sites, Facebook is likely to be one of the ones they use. More than half of adults who get news on Twitter, Google Plus, LinkedIn and YouTube also get news on Facebook. Aside from that, the shared audience between these sites is relatively small.

Pew also broke down the demographics of U.S. adults who consume news on social media sites, and you can check it out via the image below. 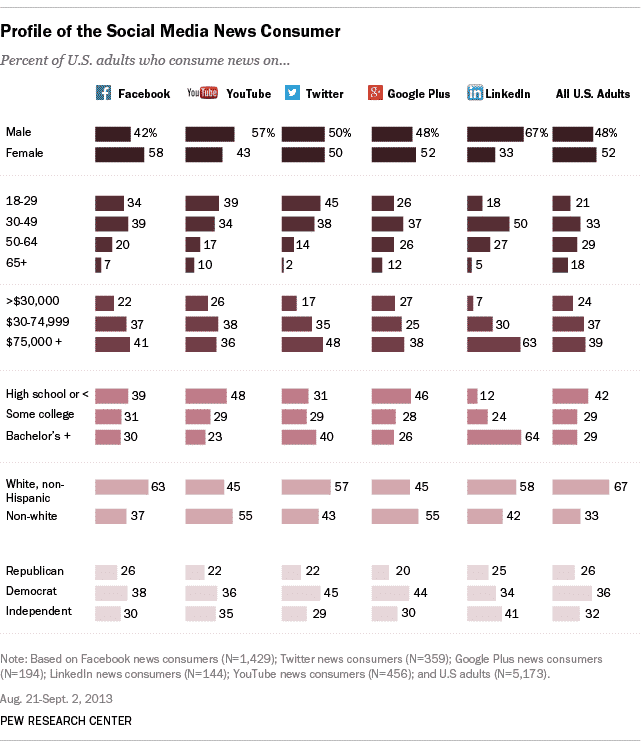