Kim Kardashian shared new photos of North West with her fans on Tuesday night after being cited for speeding on a Los Angeles freeway. Kardashian gave up a little information with her Instagrams of Nori, considering the first photo included Kim’s “#newstylist,” Riccardo Tisci.

Tisci is a Givenchy fashion designer who already lavished the baby with a custom T-shirt, complete with an artsy Bambi print on the front. The designer first met Kim through Kanye at the Met Gala. After meeting the reality star, Riccardo called her “the most beautiful pregnant woman I dressed in my whole career.”

The designer added that he “wanted to have a moment of family … Kim, Kanye and the baby.” Well, it looks like he’s enjoying a few moments with the budding family. 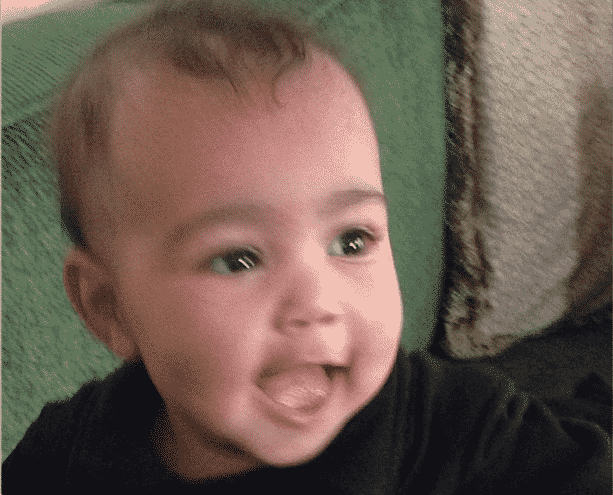 Kim Kardashian shared a second photo of Nori a few moments later, featuring the little girl with a look of joy on her face. The photos came the same day Kardashian was pulled over by the California Highway Patrol for speeding during an apparent paparazzi chase. Three other vehicles were stopped at the same time, but officers only cited one.

In the past, Kim has had a relatively good relationship with the paparazzi. However, her fiance, rapper Kanye West, doesn’t.