One World Trade Center Crowned Tallest Building In The US

New York City’s One World Trade Center was crowned the tallest building in the United States on Tuesday, beating out Chicago’s Willis Tower. An expert panel of architects announced its decision on Tuesday after debating whether the antenna atop 1 WTC counts toward its full height.

BREAKING: NYC’s One World Trade Center declared the tallest building in the U.S. at 1,776 feet pic.twitter.com/lAlXazRquI

The announcement comes after more then a decade of development and debate over the skyscraper at the World Trade Center, the site of the September 11, 2001, terror attacks. Without the building’s 409-foot needle, it stands at 1,368, while Willis Tower measures in at 1,451 feet.

However, with the antenna included in the skyscraper’s height, the building is 1,776 feet tall, one foot for every life lost in the attack. Since the building’s announcement a year after the attacks, it went through several fits and starts. An antenna was added at one point that would have made the building the tallest in the world at the time.

A ceremonial cornerstone was laid down on July 4, 2004, years before the first concrete was poured. Then, the building’s planned name was the Freedom Tower. Blueprints changed again, as did the skyscraper’s name, before construction finally started in 2006. 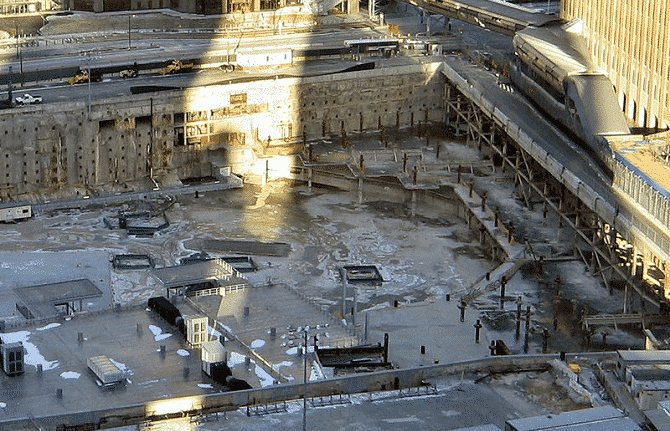 The panel that decided One World Trade Center’s fate in the tallest building category was the Council on Tall Buildings and Urban Habitat.

The council also considers the skyscraper as the third tallest building in the world, behind the Burj Khalifa and the Makkah Royal Clock Tower Hotel in Mecca. The debate centered around the antenna, but ultimately the panel ruled in 1 WTC’s favor, since the antenna only provides decorative lighting, not radio or broadcast equipment like the one atop Willis Tower. 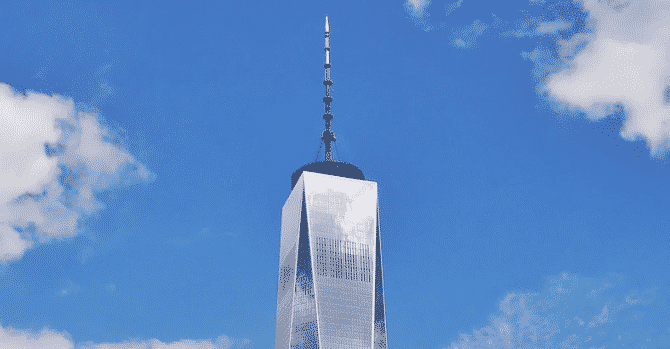 Council chairman Timothy Johnson explained that the spire was clearly “the end of the architectural expression of the building.” That makes it a spire, instead of an antenna. The rivalry between Willis Tower and One World Trade Center may be tough, but the buildings’ measurements are nothing compared to a spire under construction in Saudi Arabia, which will stand taller than both buildings combined.