Meteorologist Dave Baker Changes His Tie Six Times In One...

Baker writes on Facebook that he decided to wear as many ties as possible during the broadcast this morning because he wanted to see if his producer would notice. Apparently the producer of KATC Good Morning Acadiana recently complained about Baker’s tie choices.

Baker writes: “My producer didn’t like my tie (middle pic) this morning, so I changed it…six times during the show. Think she noticed?”

Baker hasn’t updated his post to say if his producer noticed or not, but judging by the snarky tone of his message, I’m going to guess that he doesn’t expect any trouble. 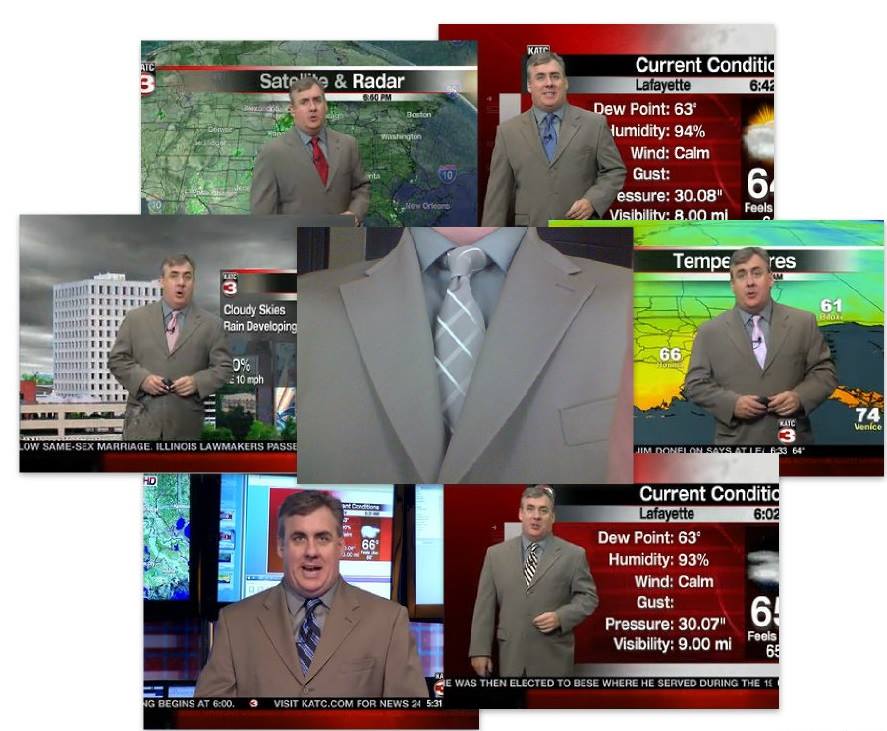 We’ve all been there before; had a boss tell us to do something that is more hassle than it is productive. And most of us just duck our heads and do our work. But not Dave Baker. No, that is a meteorologist with a lot of integrity and a lot of ties.

What do you think of Baker’s wardrobe protest?