Though the public is still “haunted” by Miley Cyrus’ VMAs performance this year, she seems to have largely moved on (mysteriously unscathed t’boot) to greater things, like her buzz-worthy Halloween costume.

Yes, Cyrus is dressed in Lil’ Kim’s infamous pastie jumpsuit from the 1999 VMAs and believe you me, some people are pretty ruffled about it. Lil’ Kim herself, by the way, gave the costume top marks.

Awwww. Look at my baby @mileycyrus tonight!!! Looking GORGEOUS!!! I wish I was there to squeeze your boob 🙂 🙂 Love… https://t.co/bFnBJOgBvL

Oh, and in case there was any doubt:

Yeah, Miley Cyrus’ Lil’ Kim costume is pretty harmless. But if you really want something Miley Cyrus-related to be angry about this Halloween, consider this infographic by Digimind. See that number of top trending Halloween costumes on Twitter? You may now lose faith in mankind. 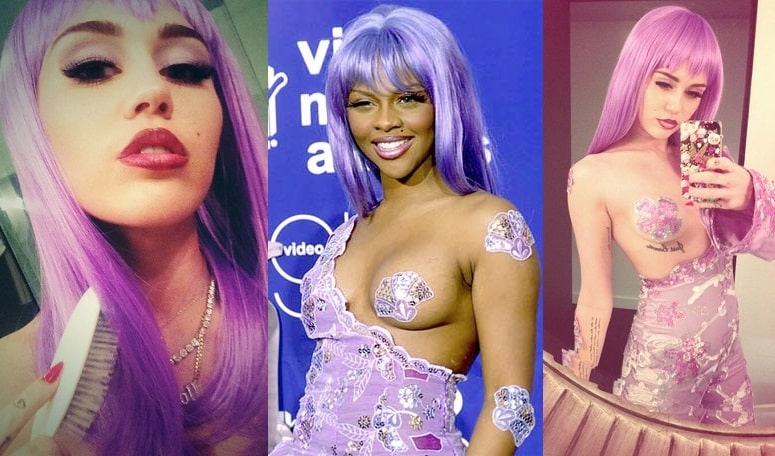