Selfies At Funerals Tumblr Takes A Look At Social Grieving

Have you seen the new “selfies at funerals” themed Tumblr, a comment-free collection that does exactly what it says on the tin?

The trend of selfies at funerals is one that we can probably reasonably assume would rise ambiently like much in the realm of social media — and also like much we see in social, the Judge Judy is still out on whether the expression of … mourning? is a natural extension of an age of instant sharing, or one of those things best left in the world of analog.

Grief does funny things to people, and has done even before social media was a factor. But now with an instant way to boost a signal to family, friends, followers and voyeurs, your funeral selfie may live on. Which is, in a way, poetic. And possibly, in a way, kind of obscene. 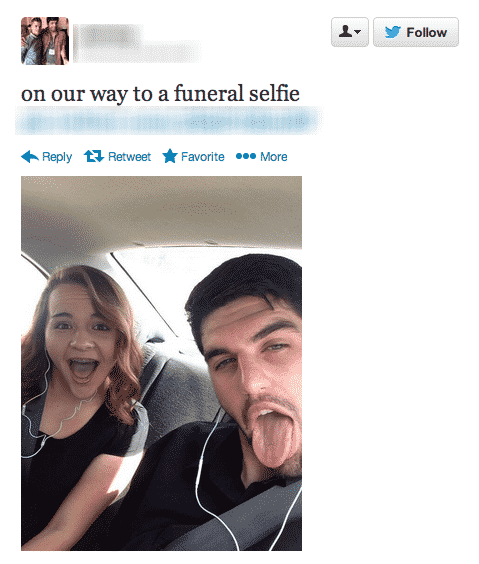 If you’ve ever been to a funeral, you probably are also aware of the strange detachment that can hit in the days after you lose someone close to you.

Some people process grief quickly, and some find that it doesn’t fully penetrate until family and friends have gone home, and you’re alone to completely realize that you’ve just buried a person you’ve known for years or your whole life.

Now add social media into that strange blender of conflicting human emotion, and watch what happens: 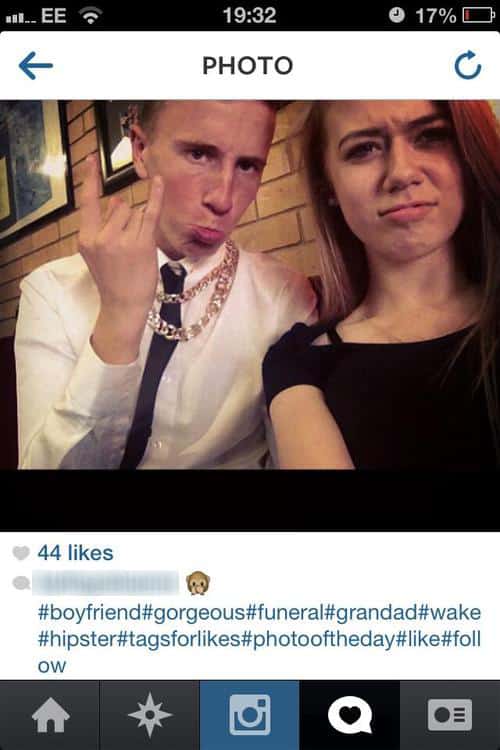 It’s there that selfies at funerals become a bit more understandable.

While it may feel surreal — especially in youth, when death is not something you may have lived with for very long — funeral selfie takers may also be questioning the relative normalcy they’re experiencing, and in a moment, choose to express that in a way that comes off as cavalier and callous.

Since everyone grieves differently, how do you feel about selfies at funerals? Does the Tumblr gallery sway you in either direction?