‘Scary Things Facebook Knows’ No. 127: When You’ll Get Divorced

by Dusten Carlson 9 years ago3 months ago

We’re told that Facebook apparently knows if/when you’ll get divorced, and it knows long before you ever say I do or shout “that bitch!” as you leave divorce court.

A recent study seems to suggest that Facebook is becoming more and more Gattaca by the day. Though it can’t yet predict the cause of your death, your career trajectory, or what you’ll have for dinner Friday night, your romantic life can be pretty easily and accurately plotted out just by looking at graphs of your individual network of friends.

The study was performed by Cornell computer scientist Jon Kleinberg and Lars Backstrom, a senior engineer at Facebook.

It’s all very tl;dr but after an analysis of 1.3 million random Facebook users, Kleinberg and Backstrom honed in on a network measure that they say is the best indicator of romantic involvement … something called “high dispersion.”

This happens when a couple’s mutual friends aren’t connected well, and shows that the number of mutual friends is a sucky predictor of a romantic relationship.

In other words, there’s a strong possibility that Facebook will know whether your marriage will work out before you even say “I do.”

Don’t lose hope yet. Mother Nature Network argues that this study has some interesting things to say about how we choose a mate.

“What the study ultimately seems to tell us about relationships is that the best ones are those that broaden our world. The ideal partner — the one most likely to stick around, anyway — is the one that connects you with networks of people who you might not otherwise have associated with. If a prospective partner is already embedded within a large cluster of mutual friends, then maybe there’s less to be gained from becoming more than friends.”

Blah blah blah, Facebook knows whether or not you’re going to get a divorce before you do. 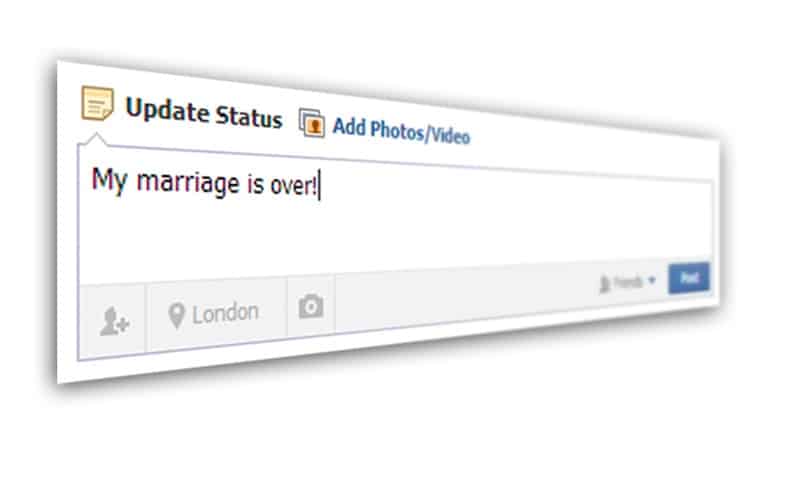