On October 31, 2013 children, teens, and adults all over the United States will set out on a mission to rot their teeth. Among the candy they will receive is the dreaded candy corn and if Twitter has anything to say about it there will be plenty of the orange, yellow and white candy to go around.

The team at Viralheat examined both positive and negative chatter on the social network to determine which candy people are talking about the most for Halloween.

Viral Heat also examined which cities received the most Halloween mentions, they include:

The two biggest words used on Twitter for Halloween have been Haunted House with 185,216 mentions and Pumpkin with 120,329 mentions

Viral Heat took that information and turned it into a Halloween themed infographic: 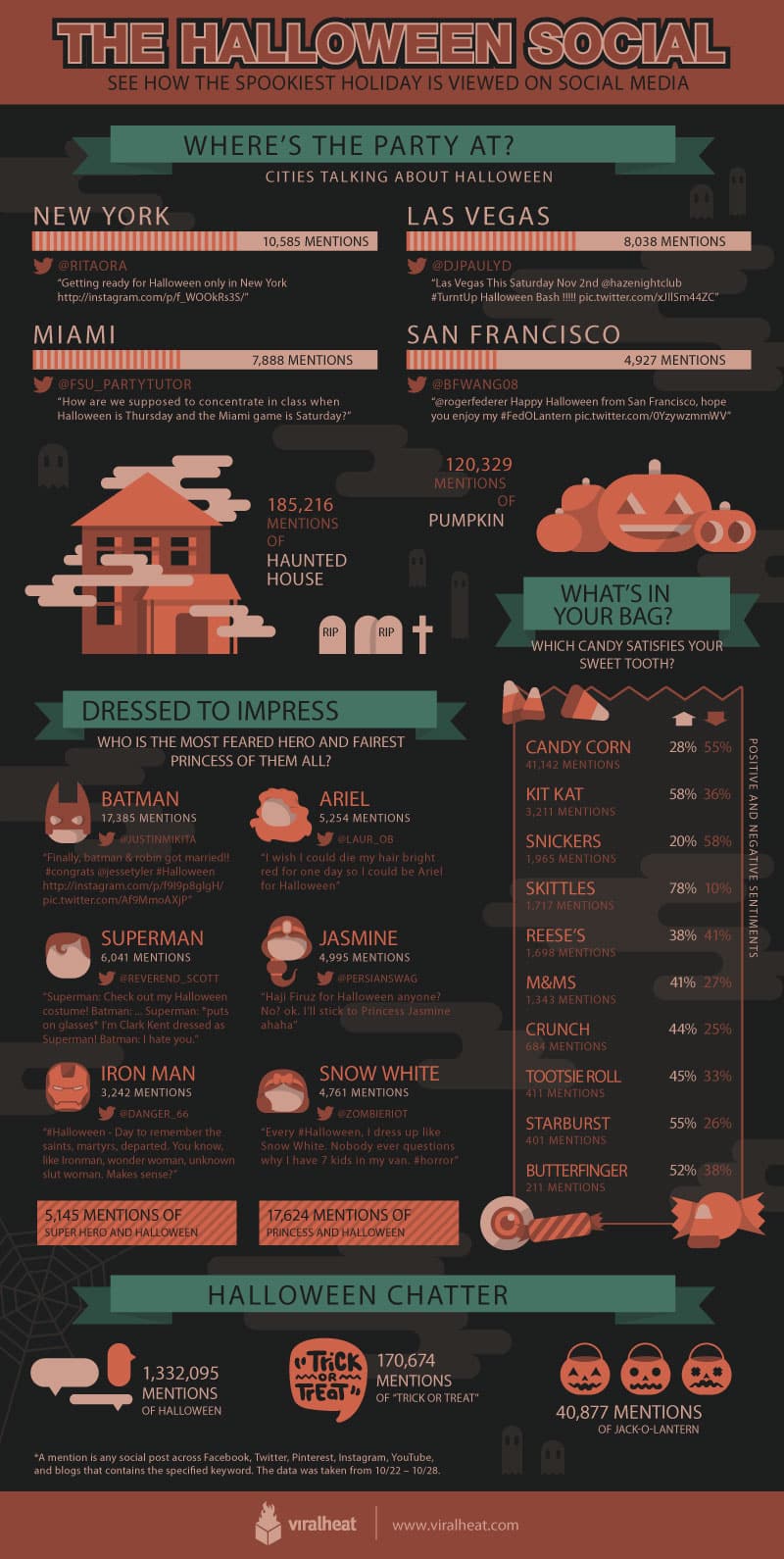