Sea Lion Steals Catch Of The Day Right From Fisherman’s...

Unfortunately for the chef his large catch never made its way onto shore. As he was displaying his big catch for the cameras a Sea Lion snuck over the side of the boat and stole the nice sized meal.

Show host Mike “The Griz” Ritz looks on and laughs at the situation, thankfully chef Mucharrz also saw the humor in the sea lions theft.

The video was uploaded to YouTube on October 9 and has racked up nearly 450,000 views to date. 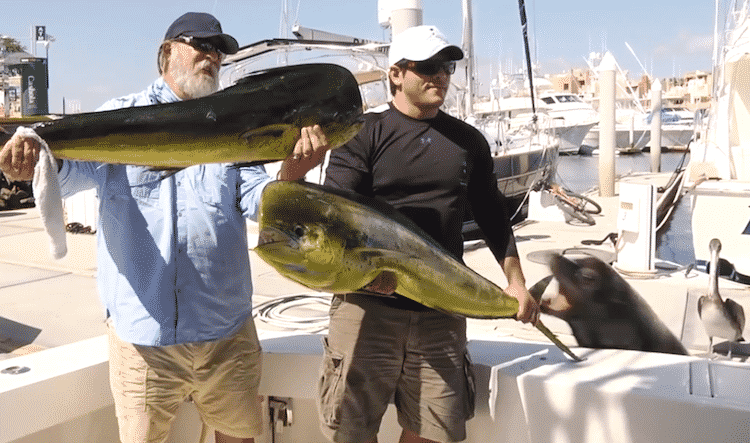