by James Kosur 9 years ago4 months ago

Social sharing platform Pinterest has inked a deal with Getty Images. Under terms of the deal Getty will provide detailed information on the photos users pin to their Pinterest boards.

Pinterest announced the deal just one day after it was revealed that the platform had raised an additional $225 million in funding. Pinterest is currently worth an estimated $4 billion.

When a Getty image is pinned on a Pinterest account it will now feature any metadata that Getty has on file for that image. Metadata can include description, photographer and date taken, among other information.

The Getty Images metadata will appear alongside the photo in the user’s pin board.

Pinterest will pay Getty for the data that is displayed alongside photos. Financial terms of the deal have not been revealed.

In a company blog post Pinterest product manager Michael Yamartino writes: “One thing we’ve found is that the more we know about a pin, the more valuable we can make it for you. That’s why we’ve been working with partners to get more data into Pinterest to help us make recommendations, make pins more useful, and even offer notifications when prices drop.” 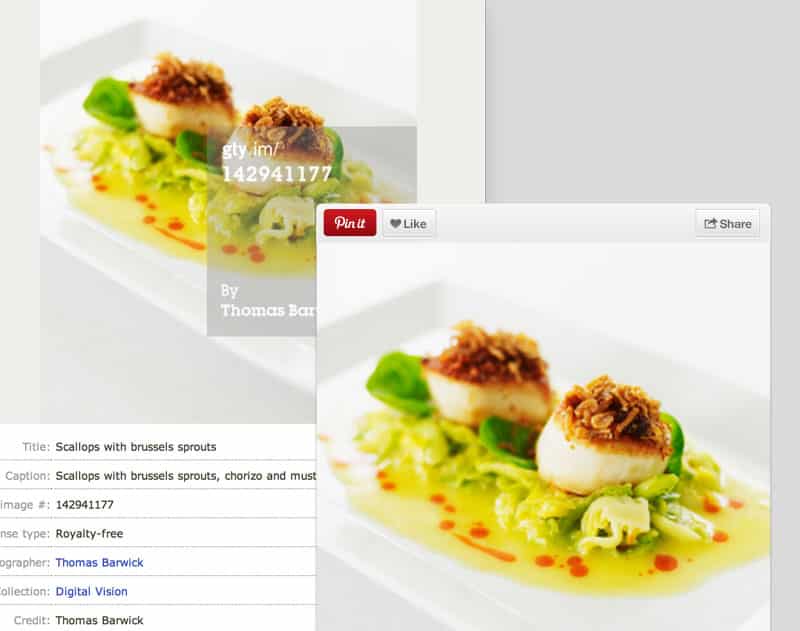 Pinterest recently rolled out article pins which showcase a publication’s name author and article title. As it continues to raise money and expand Pinterest is likely to continually develop new ways to make its content more attractive for users.

Getty Images metadata is expected to start showing up on Pinterest pins in the “coming months,” ahead.

Curious to understand how Pinterest is considered to be worth so much money? Here’s a video that explores the company’s valuation: