The video you see above is a “preview” for an LED light-suit that Royce Hutain, of Huntington Beach, made for his 22-month-old daughter. Apparently she loves the crap out of it, as would anyone who gets the opportunity to be transformed into a crazy glowing stick figure.

“I sit at computers all day, and I get bored, and I think of ideas like this,” Hutain told CBS Los Angeles after the video of his LED suit went viral this week.

He has gotten hundreds of requests to sell the costume. He won’t, but he has promised a tutorial video so that interested parties can make one of their own.

“I don’t have the time to try to make money off these things, but it’d be great to be able to show other people how to make them. I’d love to see other videos of other people doing it,” he said.

What say you? Coolest Halloween costume ever? 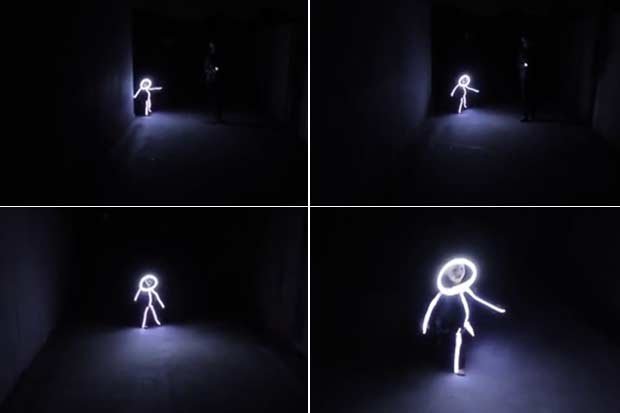