I’m willing to bet that for most of you reading this, the following is true: You hate political pundits, but you do have one favorite.

Whether it’s Piers Morgan, Rachel Maddow, Bill O’Reilly or even Jon Stewart (yeah, he counts), you take your corner with your favorite primetime pop political analyst and shake your fist at the ignoramuses on the other side.

It’s really not your fault. That’s just the American political system, as well as its unhealthy relationship with the media. Fox brands conservative, MSNBC goes way left, CNN leans left-center, you have the extremes and then you have the variations of the extremes.

Elections go the same way. You can either vote for the Republican, the Democrat, or the guy who just wants to legalize weed.

But you probably don’t need me to tell you how the Internet has helped third party political thought to really take off. Out there exist political commentators of all stripes. Instead of a primetime ratings struggle, they exist in a more fluent environment based on shares and slow-burn vitality. It’s very bottle-episodic.

There are no rules, except for “entertain” and “inform,” and Julie Borowski is among the best on both accounts.

Julie runs Token Libertarian Girl, a YouTube channel with a modest following that churns out quick, clean and informative political analysis from a libertarian perspective.

What separates her from the pack of political pundits is a sharp attention to data and detail and an uncanny ability to make you laugh, even when you completely disagree with her.

She definitely takes an angle not seen on primetime television, and her defense of the libertarian perspective, while aggressive and entertaining, never really comes off as preachy.

We talked to Julie a bit about libertarianism, political punditry, social media, building a following, and even picked her brain for advice on breaking in to the video content biz.

SocialNewsDaily: Let’s begin with your origin story. How did you get started with YouTube videos?

Julie Borowski: I started making YouTube videos in the summer of 2011. Ron Paul was running for president and he wasn’t getting the media attention that I thought he deserved. There were several grassroots supporters of Ron Paul making regular YouTube videos at the time. So I basically said, “hey, I’m going to try out this thing.” I had a cheap film camera, Windows Movie Maker, and I went at it.

SND:Do you support yourself through your YouTube channel, or is it just a hobby?

Julie: I work at FreedomWorks full time as a Policy Analyst. I’ve been working there since 2010. I research economic policy at my job. This helps me write and create YouTube videos with credible facts and information. Yes, believe it or not, in between the silliness of some of my videos… there is a point. Making YouTube videos is a hobby of mine. My bosses didn’t even know I had a YouTube channel for a while. (I was trying to keep it on the down low because the quality was awful at first!) I write/film/edit/etc. all my videos and it’s important to me to have full creative control over them.

SND: How long does it take to make each video?

Julie: Oh, gosh. It really depends. One 3 minute video can take 8 hours of work. The writing process takes a while because I want my videos to be both informative and entertaining. I’ll gladly make a fool out of myself to make someone laugh. So, it’s me scribbling messy ideas on a piece of paper to see how I turn a traditionally boring topic into comedy. The filming part is pretty quick. Though, there are usually a couple of costume changes. Editing takes forever.

SND: Where do you get your ideas from for each video?

Julie: I look at what is trending on Twitter. I look at what people are talking about on Facebook. I try to give a libertarian’s perspective to the big story that is happening in the news that week. I want to make videos that are relevant and people would want to share with their friends that aren’t necessarily trapped in a political bubble.

SND: Do you ever get recognized in the “real world?”

Julie: I’ve only been recognized a couple of times.

SND: Do you have any “superfans?”

Julie: Ha, I don’t know. I think it’s weird for me to call people that watch my videos “fans.” I’m just a person that talks to a camera in my apartment.

SND: Any tips for someone who aspires to do what you do?

Julie: Just go out there and do it. Don’t expect your first few videos to be perfect. It definitely takes some (or in my case – a lot) of trial and error. Talk about relevant topics and don’t be boring. Basically, be you.

SND: How do negative comments make you feel, and what do you do about them?

Julie: Oh, yeah. Anyone on YouTube is going to get nasty comments. You have to develop thick skin or you’re going to quit. I have fun making YouTube videos and I don’t want anyone to stop me from doing something that I enjoy. Don’t give trolls the power to bring you down. I get negative comments from fellow libertarians as well. You just learn to shrug it off. There will always be distractions and it’s impossible to make everyone happy. If they don’t like what I’m doing, then they are free to make their own videos.

SND: Do you think of yourself as an informative political pundit, or more as an entertainer?

Julie: I hope that I’m considered an informative and entertaining political pundit. It’s obviously great to be informative. But it’s also important to be entertaining on top of that because that guarantees more people will hear your views. I love getting these kinds of messages, “I don’t agree with you on much, but I can’t stop watching your channel.” Cha-ching.

SND: It’s a common stereotype that any sort of conservative political philosophy (including libertarianism) isn’t terribly female-friendly. What would you say to those critics?

Julie: Libertarianism is all about freedom. We believe people should be free to make their own choices. We don’t want government to control anyone’s personal life. Nor do we want government in anyone’s wallet. I find that to be everyone-friendly. Anyone who says that libertarianism is anti-women either doesn’t fully understand the philosophy—or they are spreading lies because liberty threatens their preferred ideology.

SND: On that note, do you ever experience significant pushback from female peers or other observers for your politics?

Julie: I do receive pushback from these people online who have never met me. But, “pushback” as in negative Internet comments. That’s about it. I’ve tried not to force libertarianism on people that I know in real life.

SND: If you could sit down and debate any political figure, primetime pundit, or political commentator, who would it be?

SND: On that note, who is someone in the field that you don’t agree with at all, but would love to grab a beer with?

Julie: I don’t drink beer. But I’d love to grab a Capri Sun with Jon Stewart.

SND: Do you think that a third party will ever be a viable reality in America? If so, what would that party have to do to capture the voter?

Julie: Will it ever be a viable reality? I don’t know. Unfortunately, the system is stacked against third parties. It’s difficult for third party candidates to get ballot access and participate in the debates. I’m more in the “take over the GOP and make it libertarian” camp. Everyone has their own way of doing things but I find that to be the most efficient use of my time. However, I have no problem with voting for the Libertarian Party candidate if both the major party candidates are terrible.

SND: Is there any other time in history you would prefer to live in?

Julie: That’s an interesting question, and I doubt it. I’m a fan of modern technology. And women have more opportunities today than we have ever had. I’m a bit too opinionated for the 1800’s.

SND: In terms of politics, is everything really as bad as it seems?

Julie: Yeah, probably. But that doesn’t mean that we can’t have a good laugh.

SND: What was the last book you read?

Julie: I was sent the book, Libertarian Lessons of South Park. I grew up on the show.

SND: Do you have any guilty pleasures?

Julie: Some would say loving Taylor Swift is a guilty pleasure but I’m proud to be a Swiftie. She’s a successful young woman and actually has morals! Plus, she has a wonderful sense of humor! I like cheesy songs and a couple of terrible reality TV shows.

SND: Name one hobby or quirk you have that has nothing to do with politics.

Julie: Dogs. I really like dogs. My hobby is rescuing all the dogs.

Julie Borowski is 25-years-old, and lives in Washington D.C. with her weiner dog and cat. She studied political science and economics at Frostburg State University. You can follow Julie’s YouTube channel here, or check her out on Facebook and Twitter. 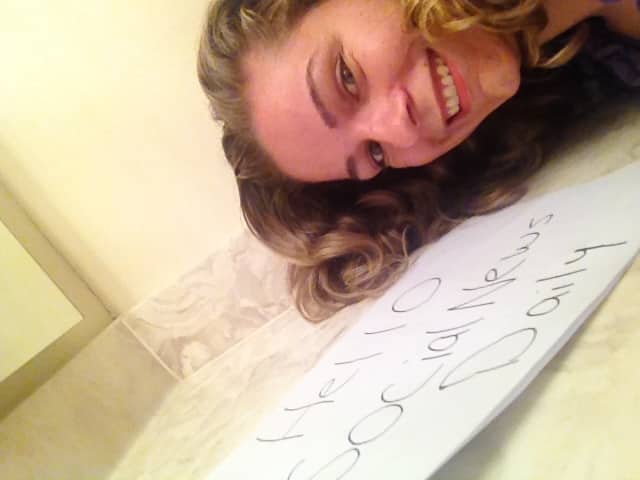