by Mike Stenger 9 years ago6 years ago

Facebook is doing very well on the advertising front, and today announced the option to add video to mobile app ads, including paying on a CPA basis.

According to John Clelland, VP of Interactive Marketing at DoubleDown Casino, using video increased install rates and decreased the cost per install.

CPC or cost-per-click is still an option, but CPA or cost-per-aquisition can help app developers get a better bang for their buck.

Facebook says that during internal tests, CPA was found to cost 20 percent less per install on average compared to CPC.

These new Facebook mobile app ad options have started rolling out, and will be available to all advertisers and developers in the next several days. 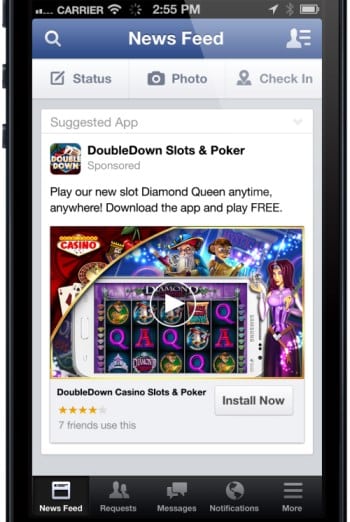