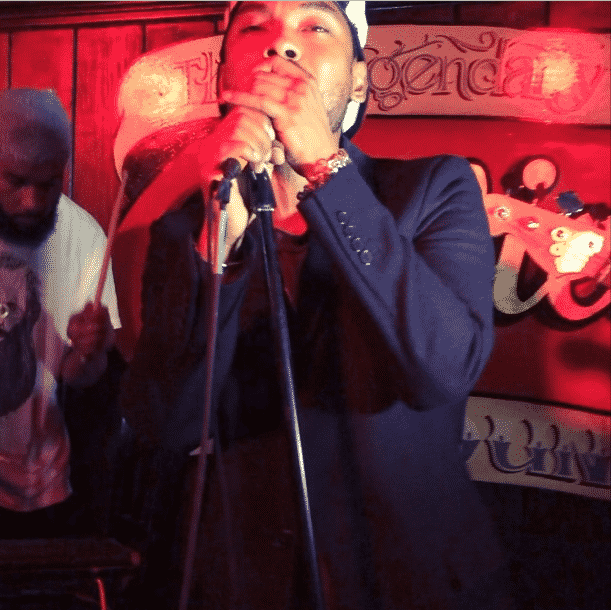 Miguel delighted 100+ fans on Saturday night while playing an intimate impromptu show at Ortleib’s in Philadelphia. The singer decided to throw the show after Drake cancelled his Well Fargo Center show at the last moment.

One hour before Drake was set to go on stage a spokesperson for the rapper released the following statement: “Due to the elaborate nature of tonight’s show and an unexpected technical issue, Drake’s ‘Would You Like A Tour’ concert at the Wells Fargo Center in Philadelphia has been postponed until Wednesday, December 18th.”

Tickets for the December 18 show will be honored.

While Miguel couldn’t accommodate 19,000 fans, he did delight more than 100 eager fans.

The venue was so small that one fan kissed him on the cheek and another fan tied his shoes together.

After the show Miguel stuck around to party with fans until Ortleib’s closed down for the night.

Ruth Bader Ginsburg was one of the most prominent women in America’s modern history. She was a former associate justice of the United States Supreme court.  Ginsburg was a woman of immense power and influence, being in her position over two decades. She has worked with a long list of US Presidents and is widely… END_OF_DOCUMENT_TOKEN_TO_BE_REPLACED

All allegations remain just as allegations, even half a year after the outbreak of the coronavirus pandemic in China. Everyone outside of the country is left to their own devices to decide whether or not what they see on social media is true. However, things take a different turn when the complaints start to trend… END_OF_DOCUMENT_TOKEN_TO_BE_REPLACED