by James Kosur 11 years ago4 months ago

The lawsuit was filed by two well known Baltimore attorneys on behalf of Laura Maguire and Christopher Simon. In the class action lawsuit the attorney’s claim that Facebook used tracking cookies to monitor the sites users visit, a claim Facebook fully denies.

In the complain the lawyer’s say such tracking violates the Federal WireTap Act, he Federal Stored Electronic Communications Act, and the Federal Computer Fraud and Abuse Act. The lawyers also point to California’s penal code and Unfair Competition Law.

According to one of the law firms founding partners:

“We, like a lot of people, not just lawyers, are outraged by Facebook’s intentional collection of data that shocks the conscience [and by] the dossier they are keeping on all their customers.”

With privacy a major concern for many users this case could set a precedent over user tracking via the internet. 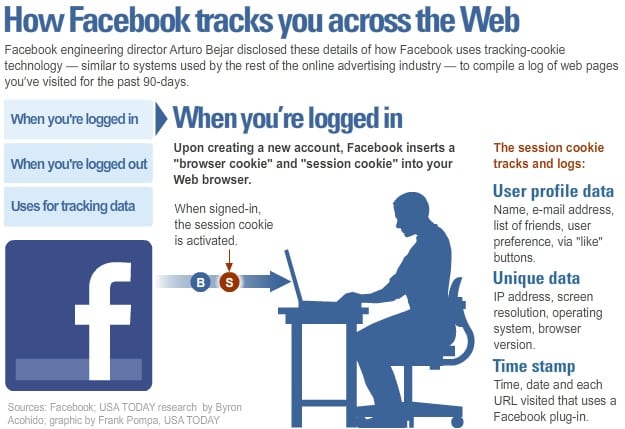