Facebook recently gave its iOS app the iOS 7 redesign treatment, and today it received the ability to edit posts or comments.

In an update rolling out now to all users, you can also post photo comments, as well as share new action posts on a friend’s Timeline.

For example, a cheesy couple could post back and forth about how they’re “feeling loved,” or you could brag to your friend that you’re “playing Half-Life 3” even though it still doesn’t exist.

Next to your name on the navigation bar, a lock icon has been added, giving you quick access to privacy shortcuts. 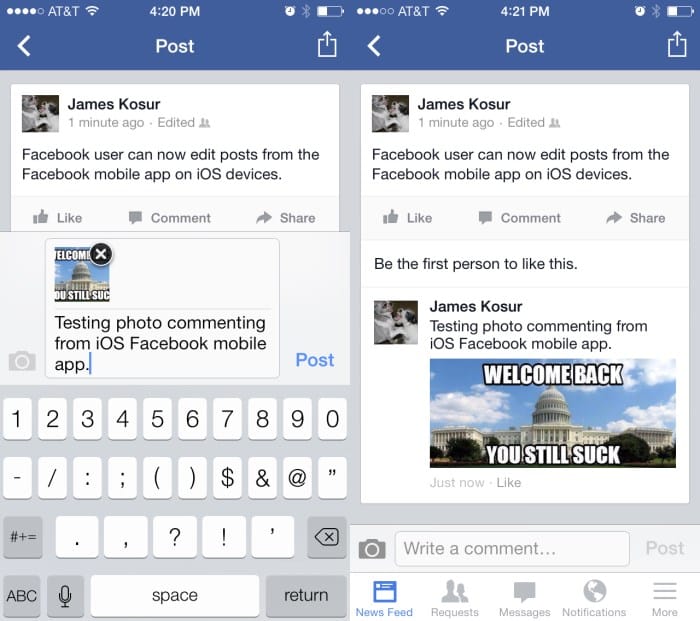