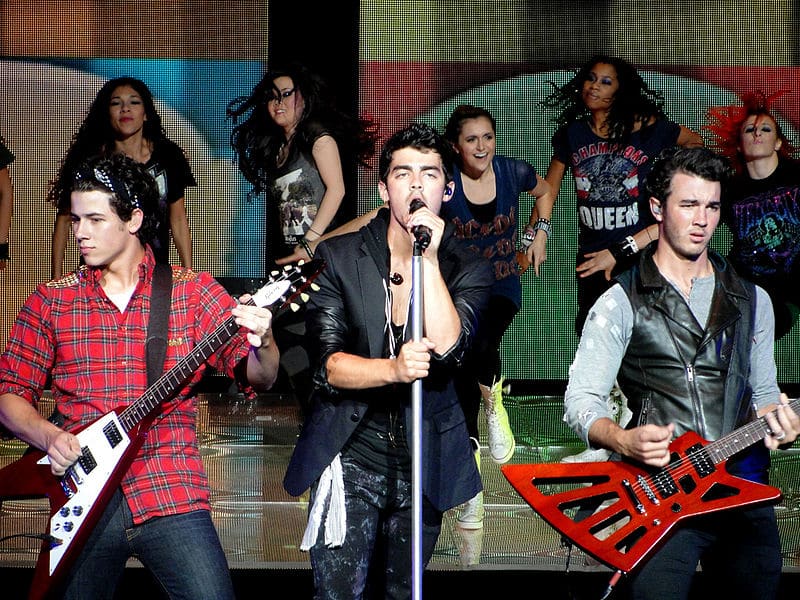 Is this the end? The Jonas Brothers recently cancelled their upcoming tour and rumors have been flying that the boy band will soon be calling it quits for good. No official announcement has been made yet but fans are getting worried now that the band has deleted their Twitter account.

Joe, Nick and Kevin Jonas all still have their own personal Twitter accounts but the Jonas Brothers haven’t sent out any new messages in the last week.

The Jonas Brothers reportedly cancelled their upcoming tour because of a “deep rift within the band.” It’s unclear what caused the “deep rift” but it may have to do with drugs, wives, or giant extra batteries.

That moment when you realize you didnt pack the mophie charger so the huge bulky “extra battery” isn’t doing anything.

Rumors have been circulating that Joe Jonas is on his way to rehab while others speculate that Danielle Jonas, Kevin’s wife, has been the source of tension among the boys. We don’t know the exact reason the Jonas Brothers decided to call it quits but we do know that their fans are devastated.

Jonas Brothers I will wait for you even if it takes the rest of my life, I”ll be waiting #JonasBrothersPleaseComeBack

Take 1 pass it down in honor of the Jonas Brothers twitter being deleted pic.twitter.com/wBjU6yR9T0

Together with the fireworks for the Independence Day weekend, the latest explosive Hollywood news involves no one else but the controversial Kanye West. The famous celebrity has revealed his plans for a presidential run. Originally planned for 2024, he has stated that he is actually going to run for the 2020 Presidential elections in November. The… END_OF_DOCUMENT_TOKEN_TO_BE_REPLACED

Recent trends have reported that K-pop fans in the US are getting mixed in with current issues in politics. K-pop fan communities are using online platforms to rally up and protest against racism in the United States. In support of the #BlackLivesMatter movement, the online K-pop community has come together in protest. Never has it… END_OF_DOCUMENT_TOKEN_TO_BE_REPLACED