Tweets With Hashtags Are 55% More Likely To Be Retweeted,...

Dan Zarrella is back again this week after publishing a study on image links within tweets, and according to his findings, tweets containing hashtags are 55 percent more likely to be retweeted.

Analyzing over 1.2 million tweets, Dan measured the impact of tweets containing hashtags, and those containing quotes or quotation marks.

The study mentioned “one or more hashtags,” but it would be interesting to see if multiple hashtags, say three or more, have a negative impact on the chance of being retweeted. 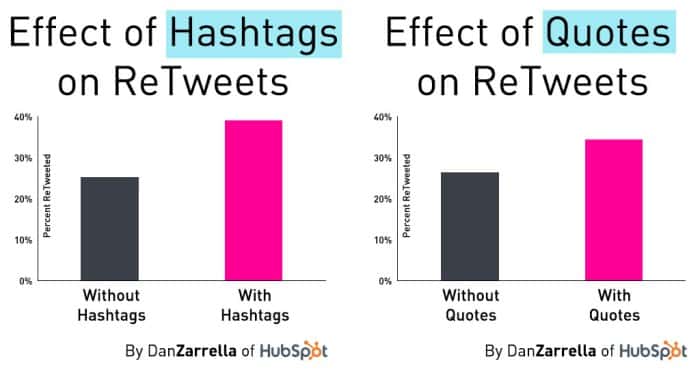