Get More Twitter Followers: Killing The Zombie And Joining The...

I’ve been writing online for a few years now but I’ve largely neglected my online presence. I have a Twitter account. I have an official author’s page on Facebook. I also share my articles on Google Plus. But most of my interaction on social media has been automatic. If you scroll down my Twitter feed you’ll notice that it’s basically just one long list of articles. 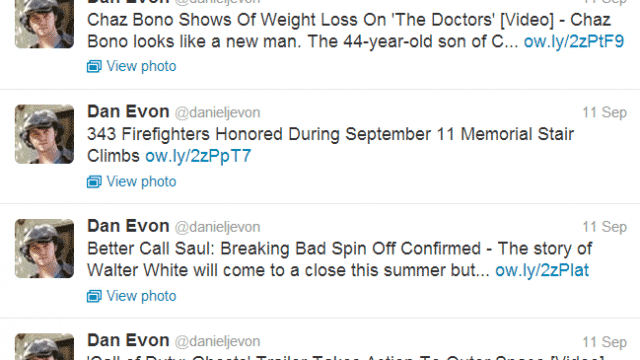 That’s basically spam and it’s not a good way to get Twitter followers. In fact, after a year of using Twitter purely as a way to push out articles my account has attracted a whopping 143 followers. 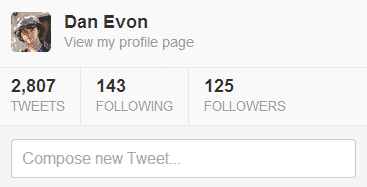 Now, automatic tweets aren’t all bad and setting up an RSS feed isn’t a bad thing. But it isn’t a good way to get more Twitter followers.

And it’s been a pain in the ass. But it’s also been worth it.

Quick and important note: I didn’t get 700 followers in a few weeks after killing the zombie. For last week’s article, “What Buying Twitter Followers Will And Will Not Do For You,” I bought a bunch of followers. Which was a big, stupid, $5 mistake…

The majority of my new followers have come from my wallet but I’ve also interacted with some celebrities, met a few new people, and I’m starting to engage my followers.

Most Twitter users are worried about that little number next to their name. Just how many people follow you on twitter? But really, that number isn’t important. The question people should be worrying about is: How many people are listening?

Having a lot of followers only really means something if those people are actually reading what you’re writing. Otherwise, can you even call those people followers?

After killing the zombie I started trying to join the conversation. Instead of sending out a link, I sent out a message.

@danieljevon that’s even funnier you wrote about it! (btw, you got my name backward in the 1st paragraph) 😉

Yeah, that’s right, DJ Tanner talked to me on Twitter and completely called me out for getting her name wrong. Sure, it wasn’t the exact interaction that I was looking for but it’s more than I ever got with the zombie account.

Which brings us to our social media lesson of the day. And yes, it’s a pretty simple one. If you want to get more followers on Twitter you have to actually use twitter. There’s no way around it. So go on, kill your zombie and start doing the fingerwork for yourself.